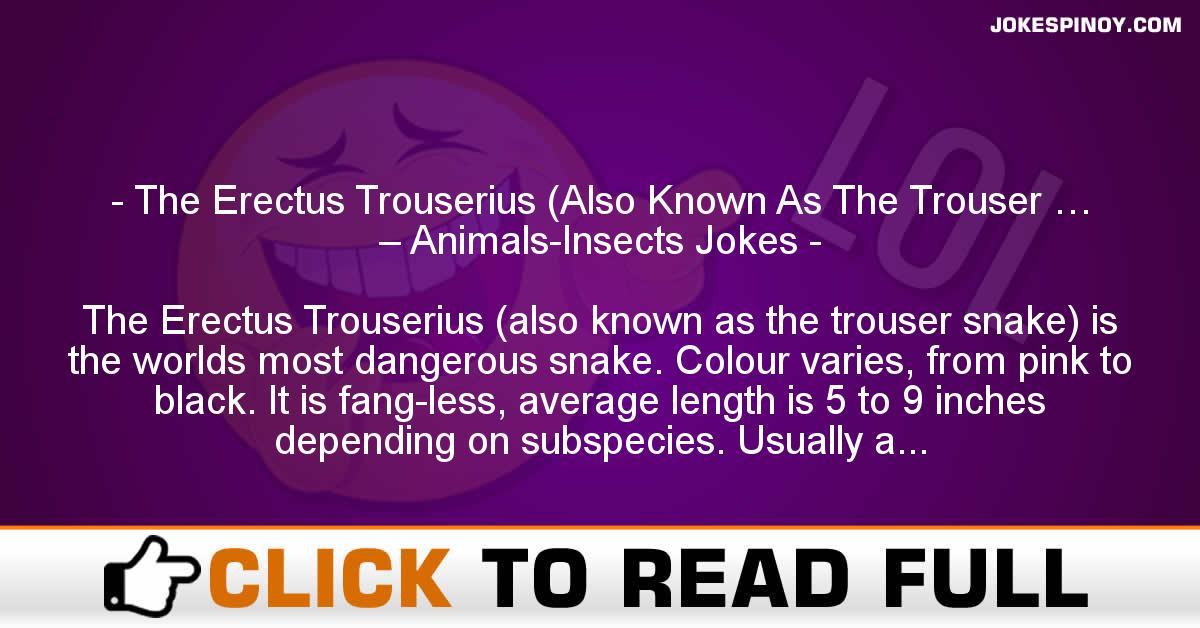 The Erectus Trouserius (also known as the trouser snake) is the worlds most dangerous snake. Colour varies, from pink to black. It is fang-less, average length is 5 to 9 inches depending on subspecies. Usually appears in bedrooms but found in unusual places at times. Attacks women in lower part of the abdominal area. Its highly venomous spit can cause prolonged swelling lasting 9 months. It has also been known to attack men from behind.