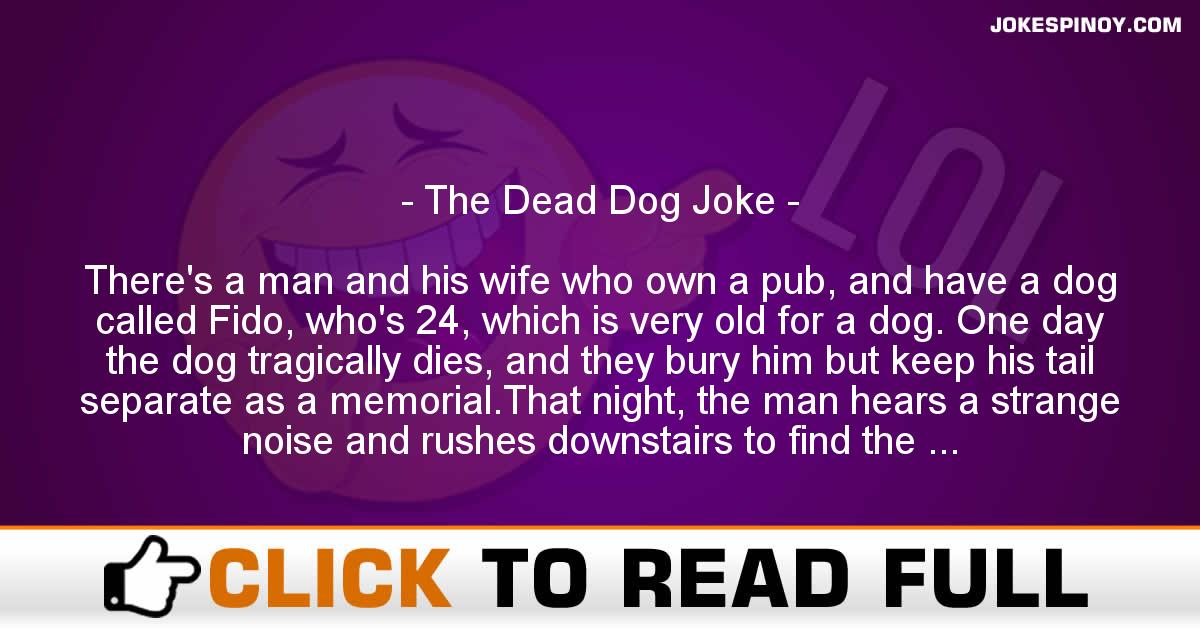 There’s a man and his wife who own a pub, and have a dog called Fido, who’s 24, which is very old for a dog. One day the dog tragically dies, and they bury him but keep his tail separate as a memorial.That night, the man hears a strange noise and rushes downstairs to find the dog’s ghost, demanding for his tail back.The man was just about to give the tail back when the wife rushed down and said:’Don’t give it back! Don’t give it back!”Why?’ asked the man.’You’re not allowed to retail spirits after 12:00!’