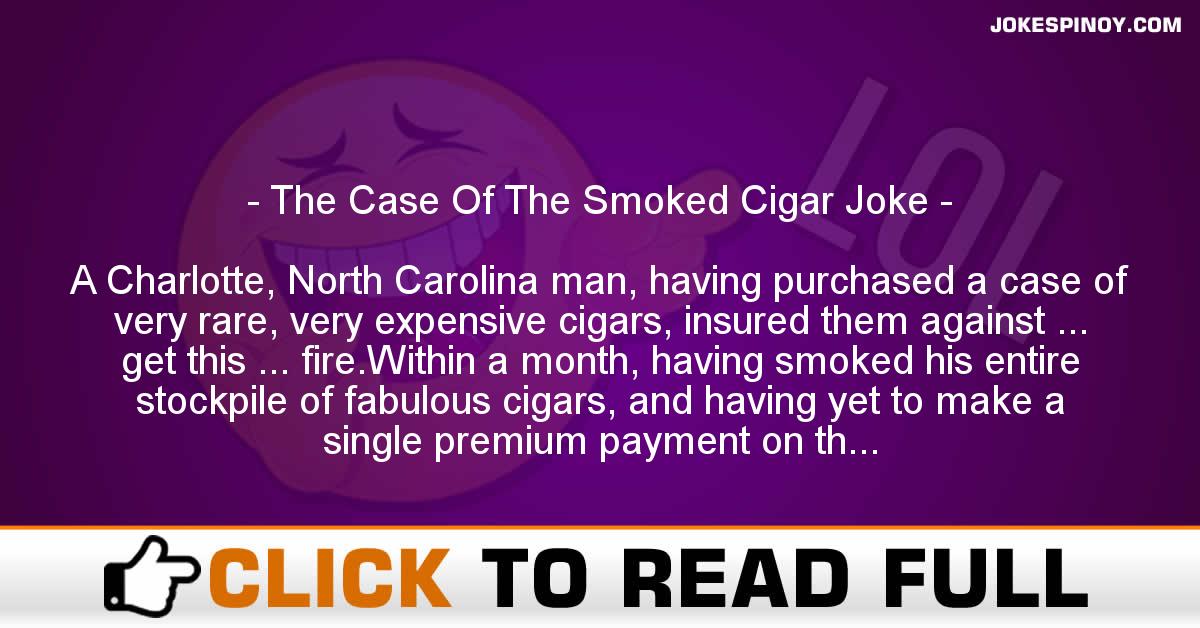 A Charlotte, North Carolina man, having purchased a case of very rare, very expensive cigars, insured them against … get this … fire.Within a month, having smoked his entire stockpile of fabulous cigars, and having yet to make a single premium payment on the policy, the man filed a claim against the insurance company. In his claim, the man stated that he had lost the cigars in “a series of small fires.”The insurance company refused to pay, citing the obvious reason that the man had consumed the cigars in a normal fashion. The man sued… and won.In delivering his ruling, the judge stated that since the man held a policy from the company in which it had warranted that the cigars were insurable, and also guaranteed that it would insure the cigars against fire, without defining what it considered to be unacceptable fire,” it was obligated to compensate the insured for his loss.Rather than endure a lengthy and costly appeal process, the insurance company accepted the judge’s ruling and paid the man $15,000 for the rare cigars he lost in “the fires.” After the man cashed his check, however, the insurance company had him arrested … on 24 counts of arson.With his own insurance claim and testimony from the previous case being used as evidence against him, the man was convicted of intentionally burning the rare cigars and sentenced to 24 consecutive one year terms.