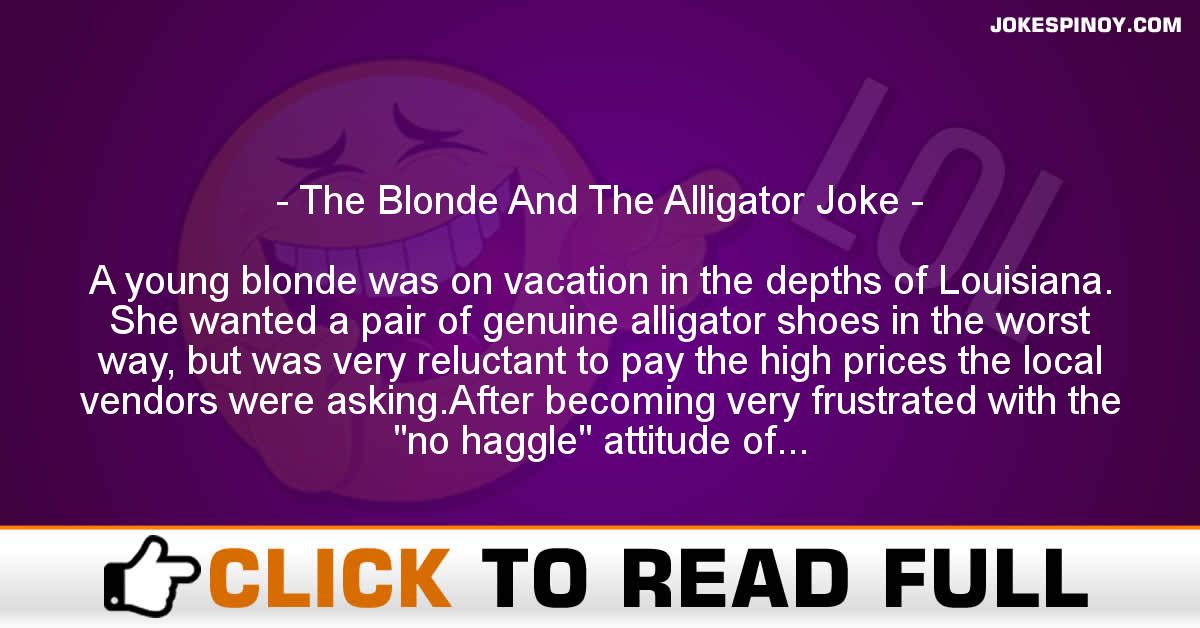 A young blonde was on vacation in the depths of Louisiana. She wanted a pair of genuine alligator s***s in the worst way, but was very reluctant to pay the high prices the local vendors were asking.After becoming very frustrated with the “no haggle” attitude of one of the shopkeepers, the blonde shouted, “Maybe I’ll just go out and catch my own alligator so I can get a pair of s***s at a reasonable price!”The shopkeeper said, “By all means, be my guest. Maybe you’ll luck out and catch yourself a big one!”Determined, the blonde turned and headed for the swamps, set on catching herself an alligator.Later in the day, the shopkeeper is driving home when he spots the young woman standing waist deep in the water, shotgun in hand. Just then, he sees a huge 9 foot alligator swimming quickly toward her.She takes aim, kills the creature and with a great deal of effort hauls it on to the swamp bank. Laying nearby were several more of the dead creatures.The shopkeeper watches in amazement. Just then the blonde flips the alligator on it’s back, and frustrated, shouts out, “This one isn’t wearing any s***s either!”

Topic of Interest:    blonde alligator joke,   the blonde and the alligators