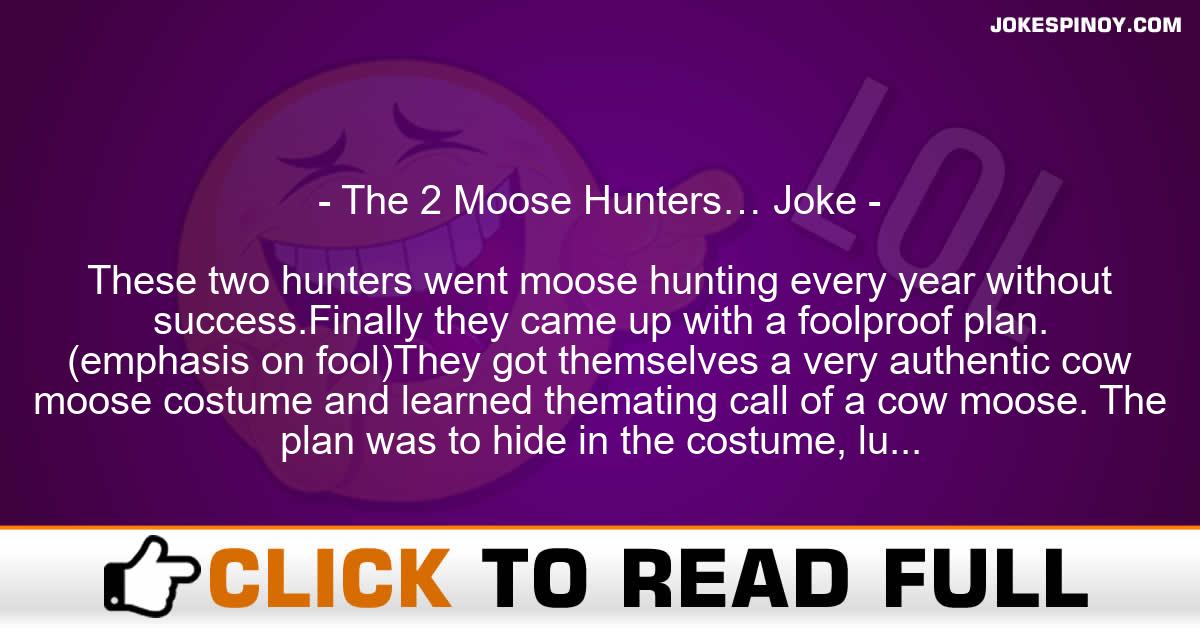 These two hunters went moose hunting every year without success.Finally they came up with a foolproof plan. (emphasis on fool)They got themselves a very authentic cow moose costume and learned themating call of a cow moose. The plan was to hide in the costume, lure in the bull, then come out of the costume and shoot the bull.So, they set themselves up on the edge of a clearing, in their costume, and began to give the moose love call. Before too long their call was answered by bull in the forest.They called again, the bull answered closer to them. They called again, The bull answered, and came crashing out of the forest and into the clearing. As the bulls’ pounding hoof beats got closer the guy in front said, “OK, lets get out and get him”!After a moment, that seemed like an eternity, the guy in the back shouts -“THE ZIPPER IS STUCK, WHAT ARE WE GOING TO DO!?!”The front guy says, “Well, I’m gonna start nibbling gra*s,but you better start to “brace yourself!”