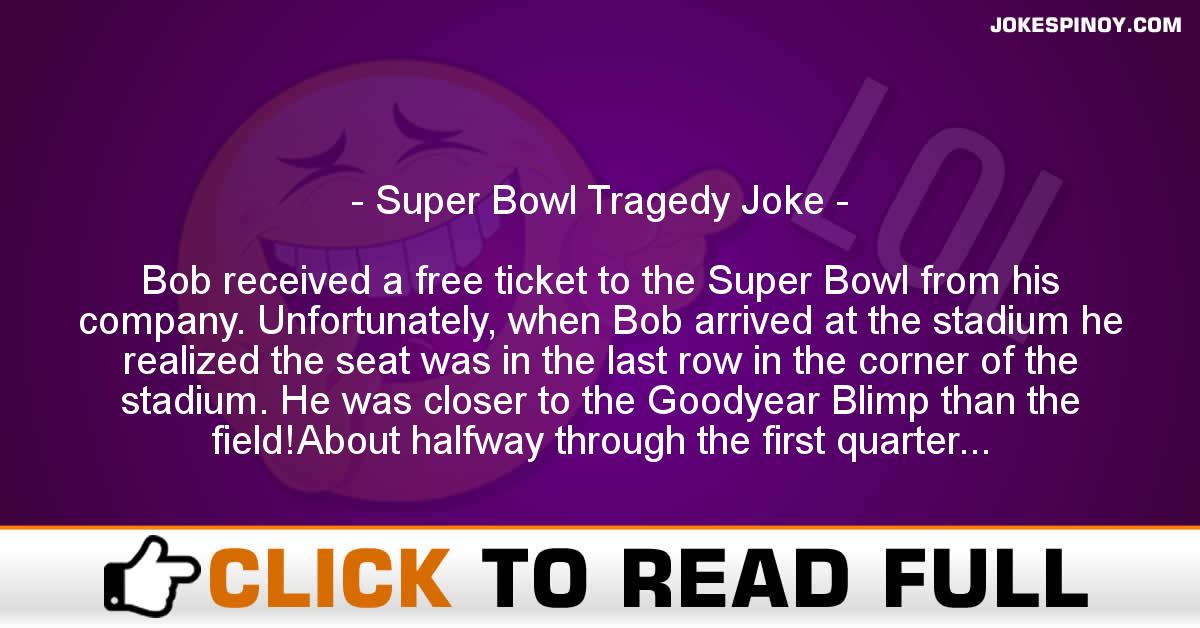 Bob received a free ticket to the Super Bowl from his company. Unfortunately, when Bob arrived at the stadium he realized the seat was in the last row in the corner of the stadium. He was closer to the Goodyear Blimp than the field!About halfway through the first quarter, Bob noticed an empty seat 10 rows off the field right on the 50-yard line. He decided to take a chance and made his way through the stadium and around the security guards to the empty seat.As he sat down, he asked the gentleman sitting next to him, “Excuse me, is anyone sitting here?” The man said “No.”Very excited to be in such a great seat for the game, Bob said to the man next to him, “This is incredible! Who in their right mind would have a seat like this at the Super Bowl and not use it?!”The man replied, “Well, actually, the seat belongs to me. I was supposed to come with my wife, but she pa*sed away. This is the first Super Bowl we haven’t been to together since we got married in 1967.””That’s really sad,” said Bob, “but still, couldn’t you find someone to take the seat? A relative or a close friend?””No,” the man replied, “they’re all at the funeral!”