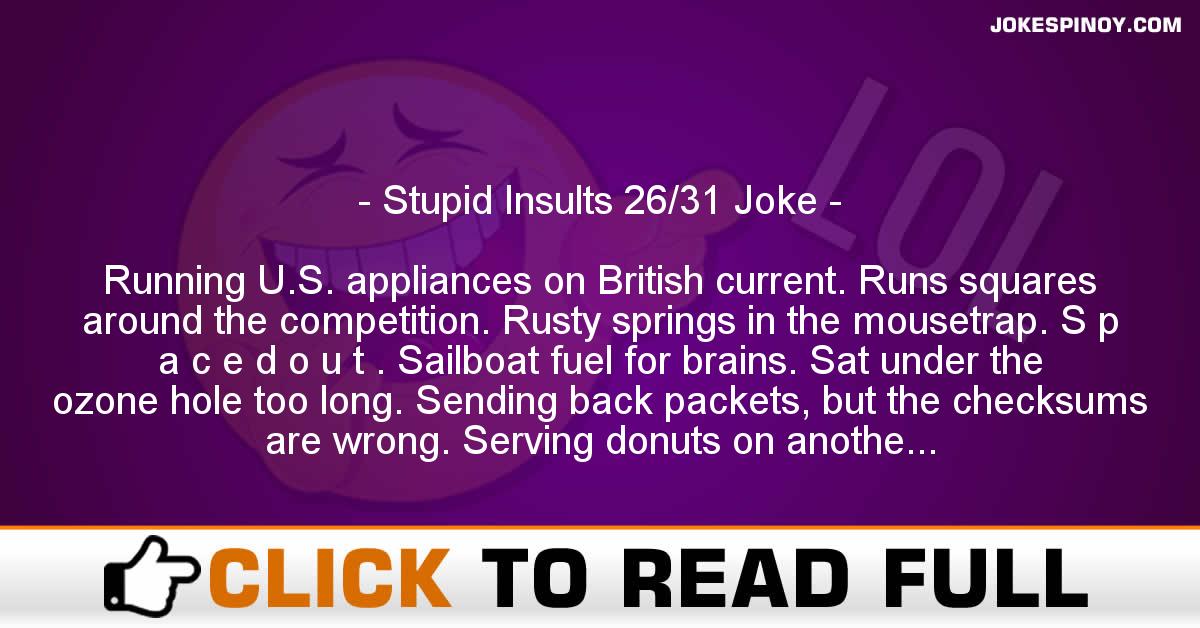 Running U.S. appliances on British current. Runs squares around the competition. Rusty springs in the mousetrap. S p a c e d o u t . Sailboat fuel for brains. Sat under the ozone hole too long. Sending back packets, but the checksums are wrong. Serving donuts on another planet. Settled some during shipping and handling. Seven seconds behind, and built to stay that way. Several nuts over fruitcake minimum. Several nuts short of a full pouch. Sharp, like stone in river. Swift, like tree through forest. She only packed half a sandwich. She only schedules zombie processes. She wears a pony tail to cover up the valve stem. She worries about the calories licking stamps and envelopes. She’s a screensaver: Looks good, but useless. Short a few cards. Short-circuited between the earphones. Should be the poster child for family planning. Should have kept his helmet on while riding / playing. Single-sided, low density. Sitting in the right pew, but the wrong church. Skating on the wrong side of the ice. Skylight leaks a little. Slept too close to his radium-dial watch. Slinky’s kinked. Sloppy as a soup sandwich. Slow as molasses in January.