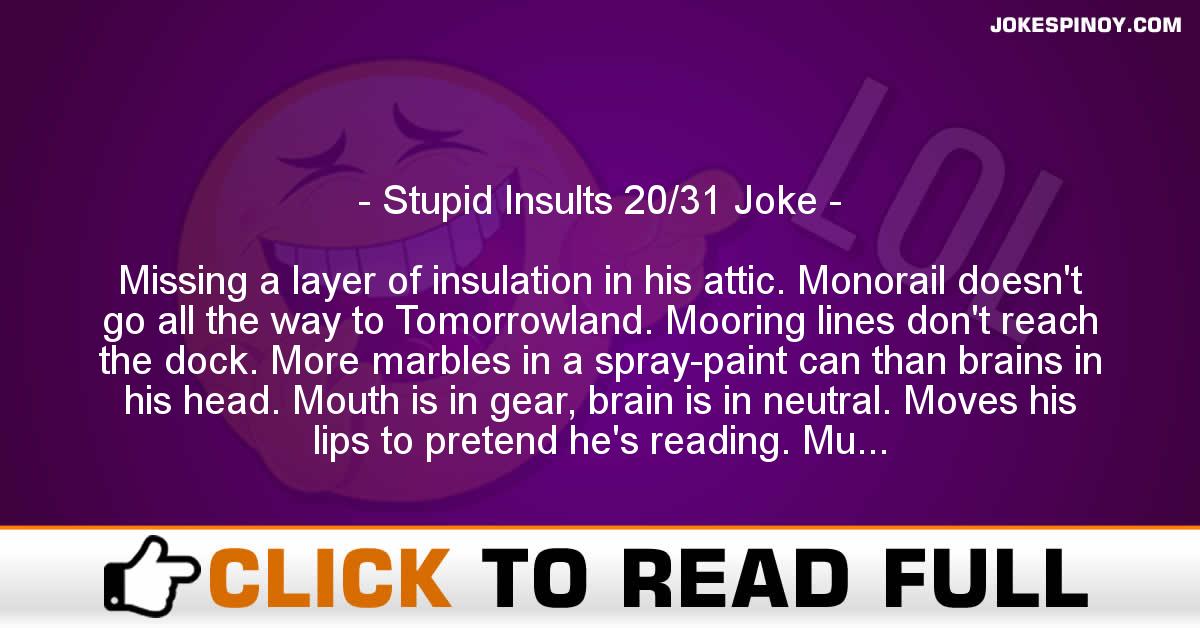 Missing a layer of insulation in his attic. Monorail doesn’t go all the way to Tomorrowland. Mooring lines don’t reach the dock. More marbles in a spray-paint can than brains in his head. Mouth is in gear, brain is in neutral. Moves his lips to pretend he’s reading. Must have ignored a knock-down pitch. Nearly on a higher plane, but lost his boarding pa*s. Needs another brain to make half-wit. Needs both hands to wipe his behind. Needs front end alignment. Needs his disk checked/reformatted. Needs his sleeves lengthened by a couple of feet so they can be tied in the back. Network constantly loses packets. Neurons are firing non-sequentially. Never had a headcold in her life since diseases can’t exist in a vacuum. Next-day delivery in a nanosecond world. — Van Jacobson Nice house but not much furniture / nobody lives there. Nine pence in the shilling. Nine rooms no furniture. Nineteen cents short of a paradigm. No charge in her synapses. No coins in the old fountain. No filter in the coffeemaker. No grain in the silo. No hands on the rudder/yoke. No hay in the loft. No one at the throttle. No wind in her mind’s windmills. Not all his dogs are barking.