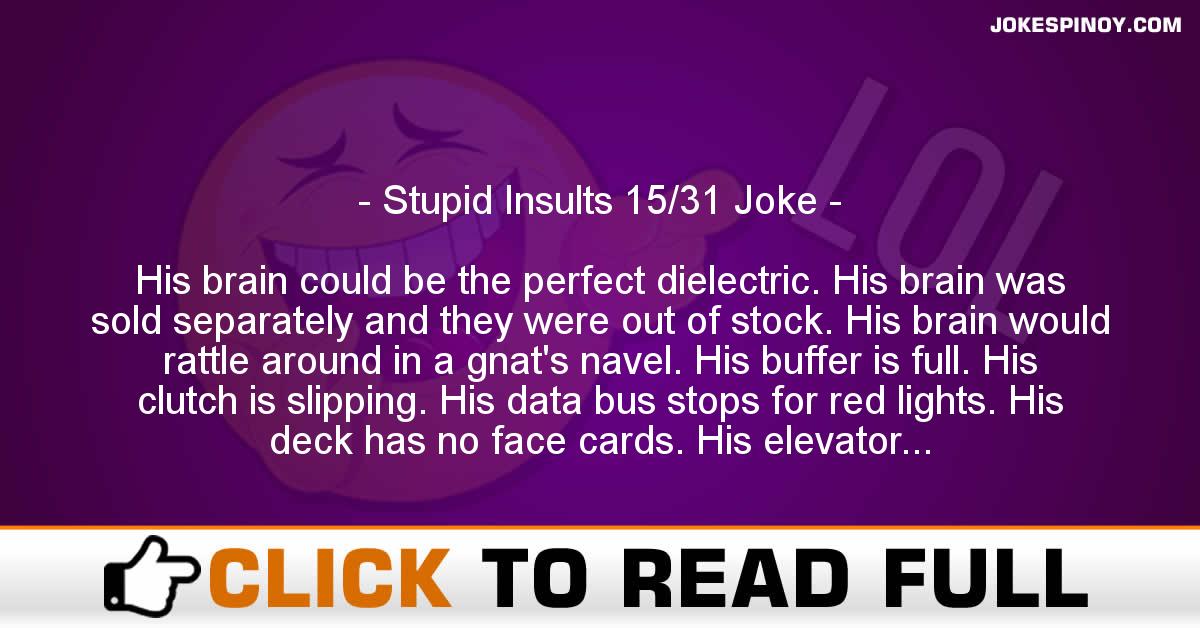 His brain could be the perfect dielectric. His brain was sold separately and they were out of stock. His brain would rattle around in a gnat’s navel. His buffer is full. His clutch is slipping. His data bus stops for red lights. His deck has no face cards. His elevator is stuck between floors. His face is on a coin… On the edge. His family wasn’t dysfunctional until he arrived. His freelist is empty. His gene line isn’t just dead, it’s extinct. His golf bag does not contain a full set of irons. — Robin Williams His grey matter is brown / doesn’t matter. His head whistles in a cross wind. His home planet is flat. His IQ is a false positive. His jack can’t get the car off the ground. His mind is a few Hertz off its a*signed frequency. His mind is great at error magnification. His mind is less substantial than the Emperor’s new clothes. His mind is on vacation but his mouth is working overtime. His mind is write-protected/write-only. His mind reached escape velocity and achieved orbit. His mind wandered and never came back. His motto is: Space, the final frontier. His mouth rarely makes calls to his brain. His outgoing message starts with, “Hello, Mr. Answering Machine.” His page was intentionally left blank. His picture is in the dictionary under “zero”.