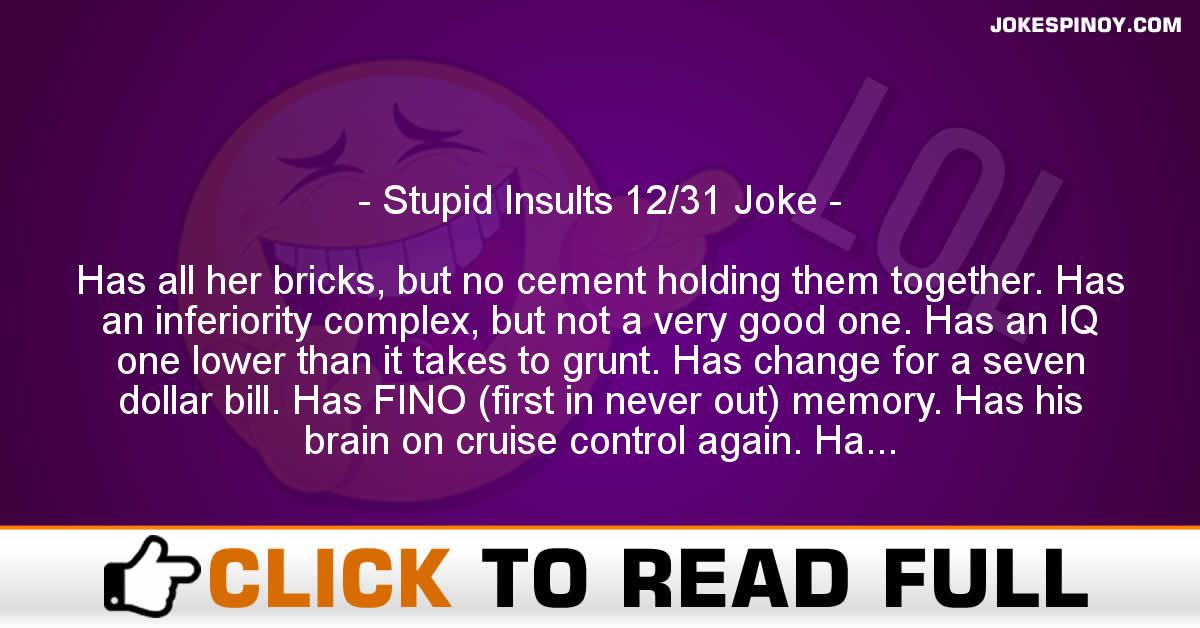 Has all her bricks, but no cement holding them together. Has an inferiority complex, but not a very good one. Has an IQ one lower than it takes to grunt. Has change for a seven dollar bill. Has FINO (first in never out) memory. Has his brain on cruise control again. Has his solar panels aimed at the moon. Has it floored in neutral. Has no discretionary intellect. Has no upper stage. Has nothing to say, but delights in saying it. Has only one chopstick in the chowmein. Has resonance where others have brains. Has signs on both ears saying “Space for Rent”. Has so few thoughts that when he free a*sociates, it’s like watching tennis Has the attention span of an overripe grapefruit. Has the brains of a house plant. Has the Grand Canyon under the crew cut. Has the IQ of a salad bar / an ice cube / three below houseplant. Has the keen awareness of an ostrich in hiding. Has the mental agility of a soap dish. Has the personality of a snail on V****m. Has the same talent as Dr. Doolittle. Has two brains one is lost and the other is out looking for it. Hasn’t caught on that X and Y are relative values. Hasn’t got all his china in the cupboard. Hasn’t got the brains God gave a cat. Having a party in his head, but no one else is invited. He can only type in upper case. He can push but he can’t pop.