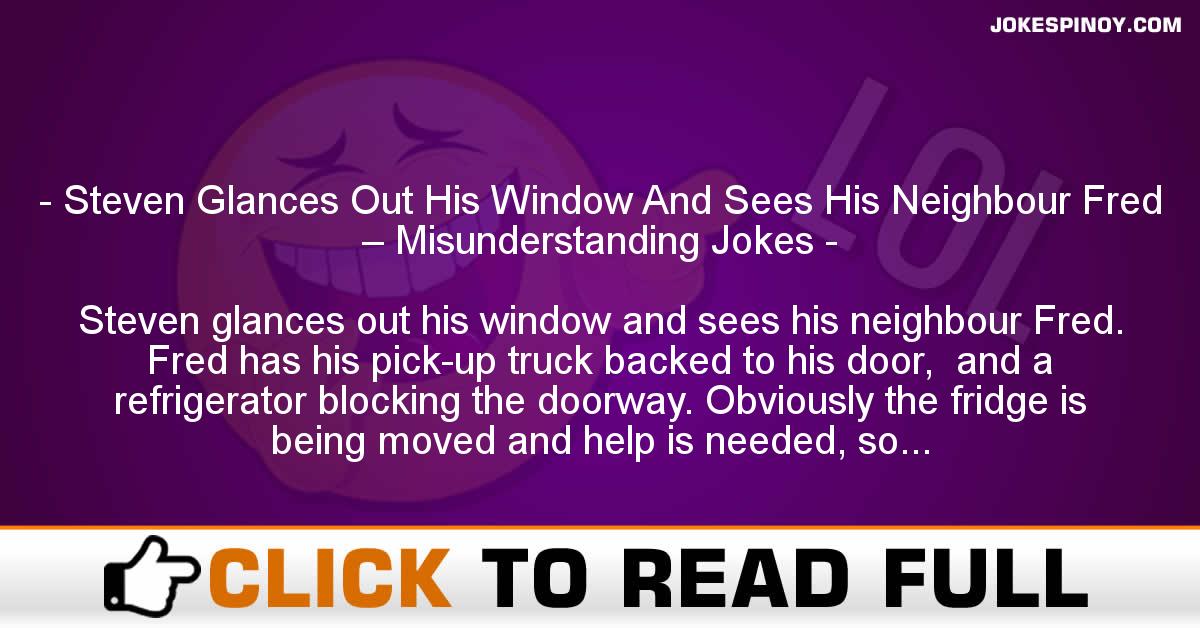 Steven glances out his window and sees his neighbour Fred. Fred has his pick-up truck backed to his door, and a refrigerator blocking the doorway. Obviously the fridge is being moved and help is needed, so Steven rushes to help his red-faced neighbour.
“Need a hand with that refrigerator, Fred?” asks Steven as he throws himself into the task. “Sure do! This thing weighs more than I thought!”
Fred and Steven throw their arms around the appliance. With sweat rolling down their faces, they grunt and strain as the fridge moves a quarter of an inch then stops. They reposition their arms. The fridge barely sways even though both men are winded. After wrestling with the stubborn refrigerator for a full ten minutes, Steven gasps “Fred, I don’t believe we’re ever going to get this thing in the house.” “In the house!” exclaims Fred, “I’m trying to get it in the truck!”