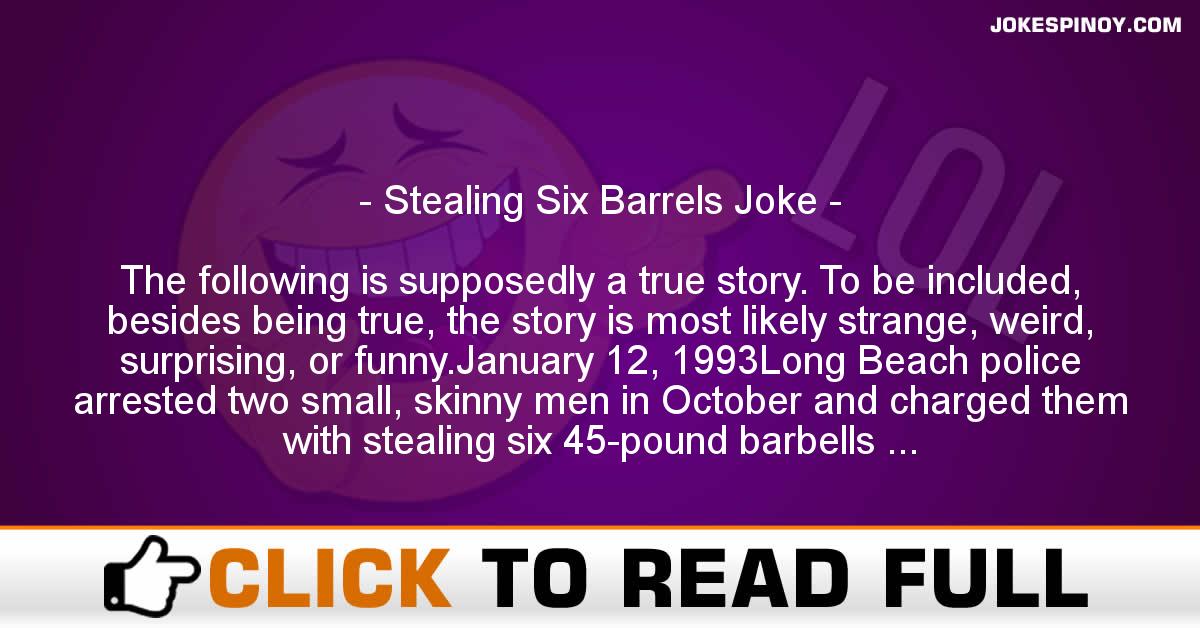 The following is supposedly a true story. To be included, besides being true, the story is most likely strange, weird, surprising, or funny.January 12, 1993Long Beach police arrested two small, skinny men in October and charged them with stealing six 45-pound barbells from the Buffum-Downtown YMCA.The men were struggling to keep the barbells in a small cart that kept tipping over because they were not strong enough to steer it.