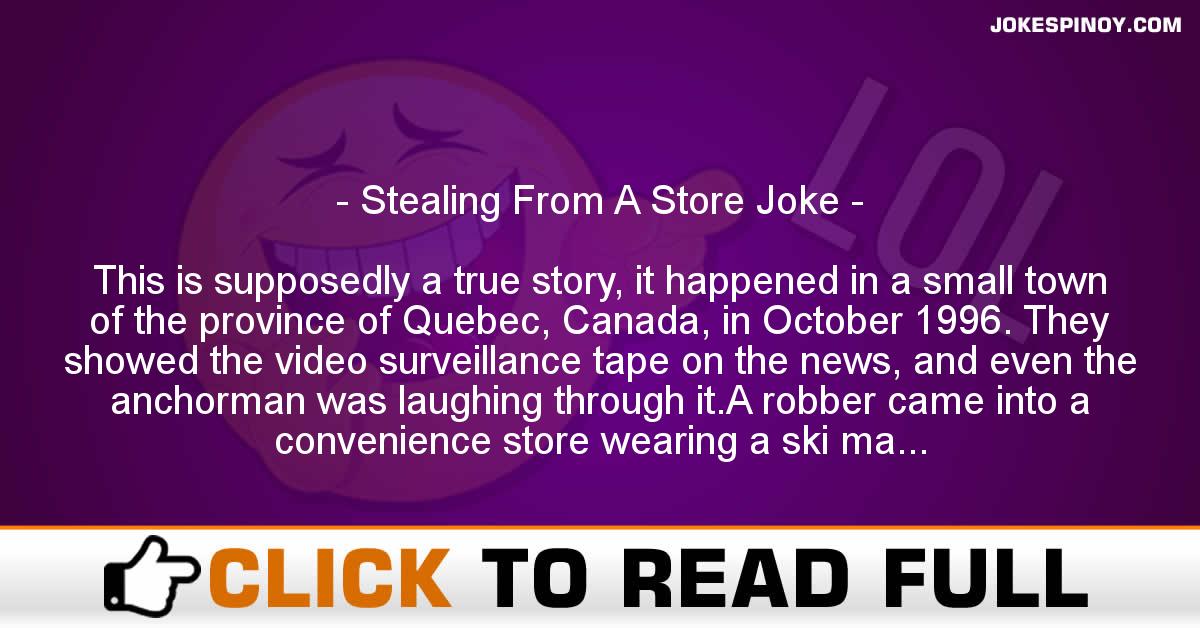 This is supposedly a true story, it happened in a small town of the province of Quebec, Canada, in October 1996. They showed the video surveillance tape on the news, and even the anchorman was laughing through it.A robber came into a convenience store wearing a ski mask and a gun wanting to empty the cash register. He took the clerk to the backstore and locked her up in the fridge. Unfortunately, when he came back to the front of the store, a customer had come in. So he took *off* the ski mask and the gloves, and pretended to be filling in for the clerk. The customer wanted a lottery ticket, so he tried to help her out, by pressing a whole bunch of buttons on the machine (thus leaving fingerprints everywhere), but the machine was not cooperating. Meanwhile, another customer walks in. Finally, he tells the first customer (after about 5 minutes of close-up shots from the camera) that the machine is not working and that he won’t be able to help her. The robber *makes the sale* to the second customer and he leaves as well. The robber then puts back on his gloves to take the money (after touching just about everything in sight *without* gloves), and hides his face with the palm of his hands as he is leaving. This scene lasted well over 10 minutes, during which, you see and hear the robber as well as in a movie.The day after excerpts of the tape were aired, the phones at the police station were ringing off the hook. Apparently, even though no reward had been offered, people thought he was too stupid to deserve anything else! He had to turn himself in that same day.