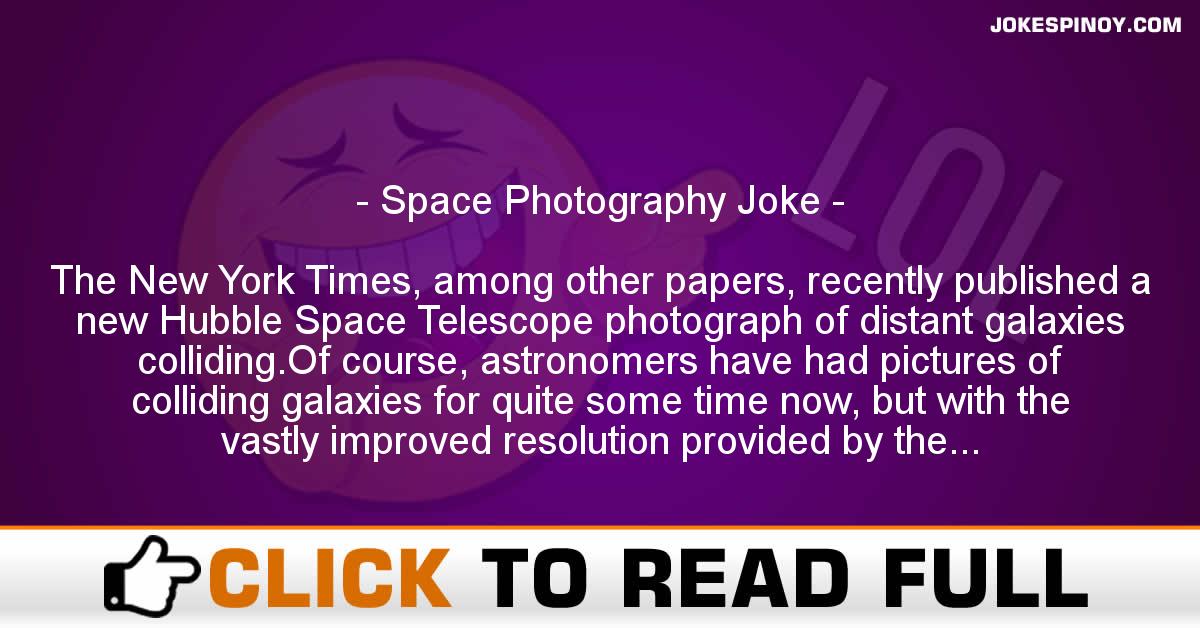 The New York Times, among other papers, recently published a new Hubble Space Telescope photograph of distant galaxies colliding.Of course, astronomers have had pictures of colliding galaxies for quite some time now, but with the vastly improved resolution provided by the Hubble, you can actually see the lawyers rushing to the scene.