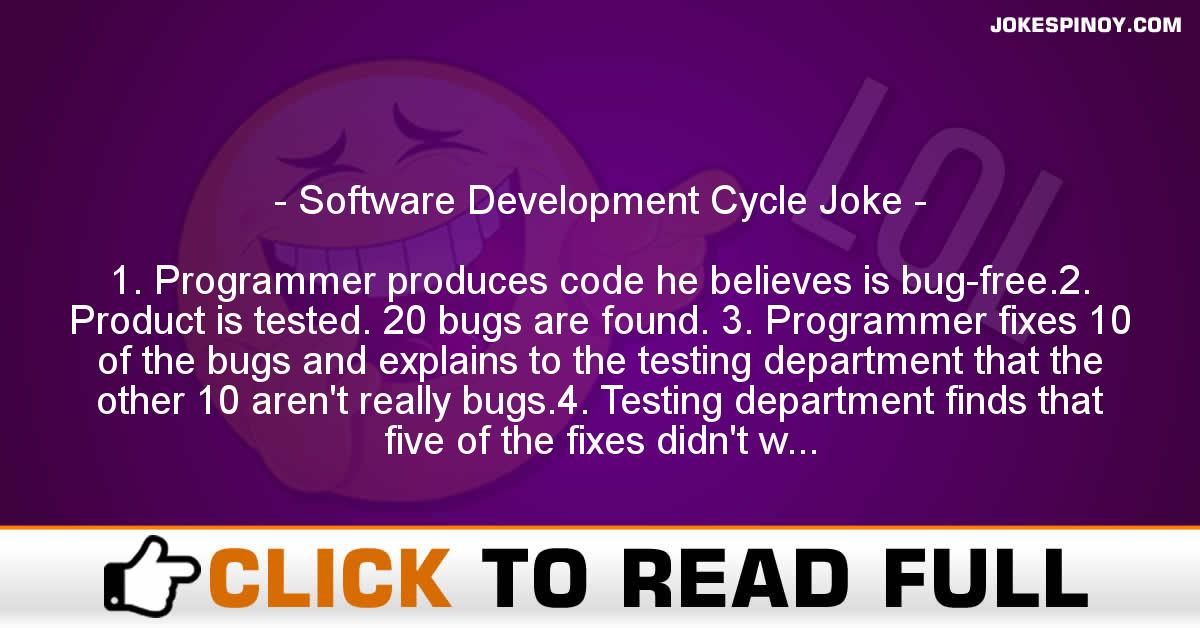 1. Programmer produces code he believes is bug-free.2. Product is tested. 20 bugs are found. 3. Programmer fixes 10 of the bugs and explains to the testing department that the other 10 aren’t really bugs.4. Testing department finds that five of the fixes didn’t work and discovers 15 new bugs.5. Repeat three times steps 3 and 4.6. Due to marketing pressure and an extremely premature product announcement based on overly-optimistic programming schedule, the product is released.7. Users find 137 new bugs.8. Original programmer, having cashed his royalty check, is nowhere to be found.9. Newly-a*sembled programming team fixes almost all of the 137 bugs, but introduce 456 new ones.10. Original programmer sends underpaid testing department a postcard from Fiji. Entire testing department quits.11. Company is bought in a hostile takeover by competitor using profits from their latest release, which had 783 bugs.12. New CEO is brought in by board of directors. He hires a programmer to redo program from scratch.13. Programmer produces code he believes is bug-free.