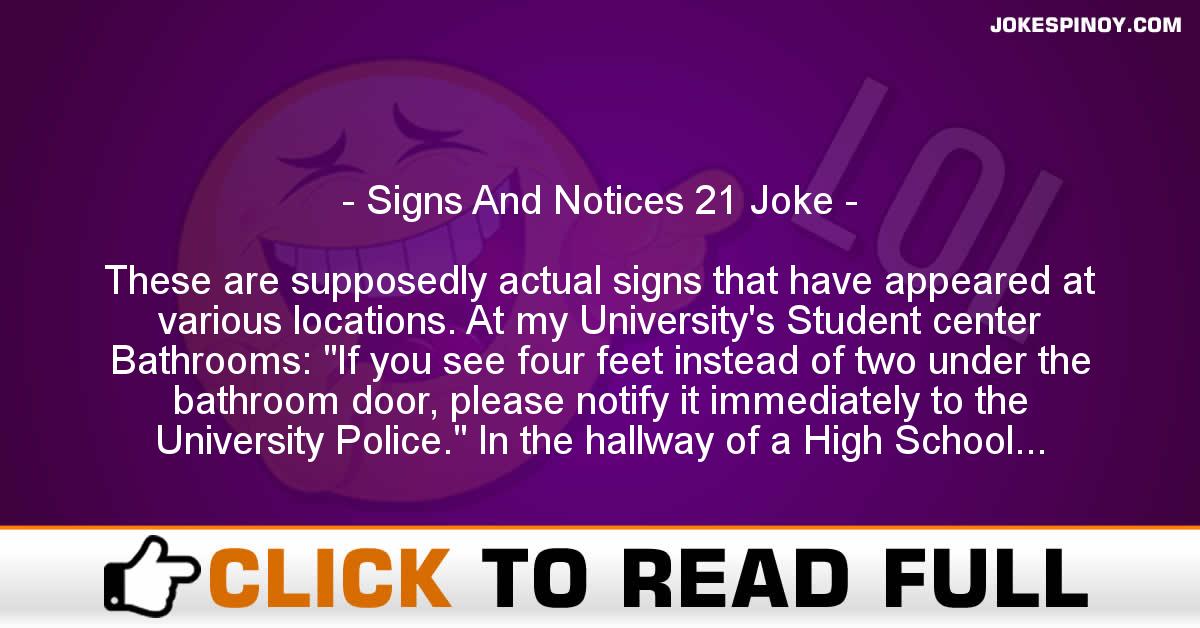 These are supposedly actual signs that have appeared at various locations. At my University’s Student center Bathrooms: “If you see four feet instead of two under the bathroom door, please notify it immediately to the University Police.” In the hallway of a High School in New Jersey “Our School: Commitment, Responsibility, Attitude, Persistance.” Road sign in Roosevelt, Utah: “Rest Area Next Right” – the next right leads a person right into to a cemetery. A sign in the local opportunity shop says, “If your going to steal, then smile for the camera.” While stopped at an intersection I noticed a man standing on the corner in front of a Burger King. He was holding a ign that read “Will work for food.” If he had only looked up, he would have noticed that the Burger King sign directly a bove him read “Now hiring.” At an office: “This job is only a test had it been an actual job, you would have recieved raises,bonses and promotions.” SEEN ON A BILLBOARD ALONG A HIGHWAY: “Caution: Objects in the mirror may have flunked drivers education.”