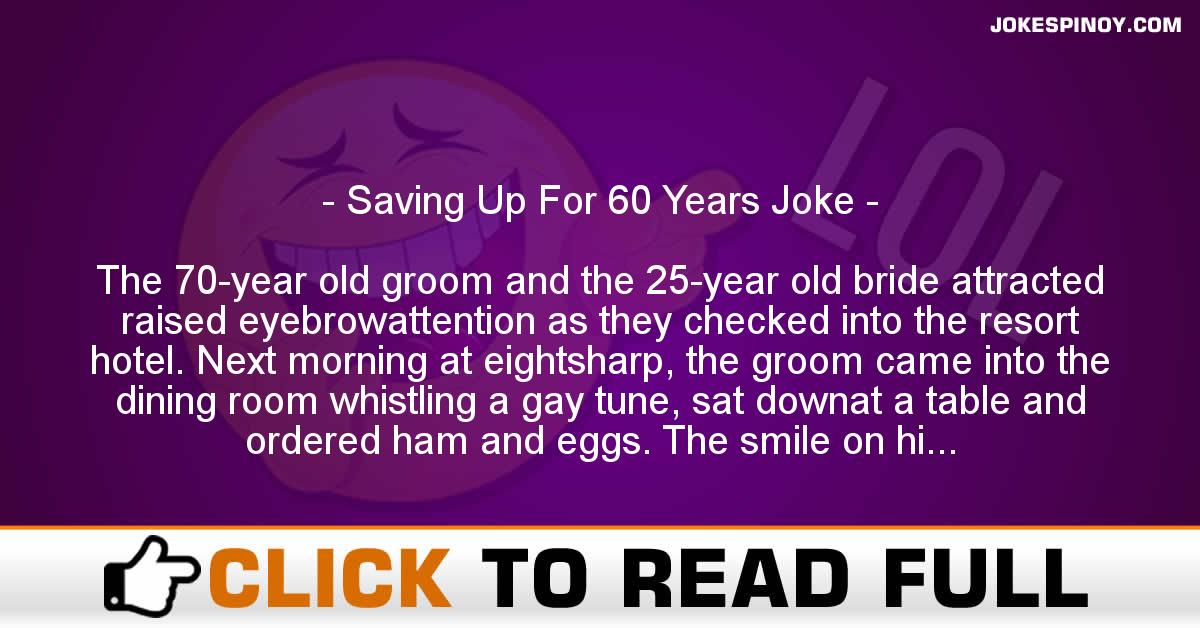 The 70-year old groom and the 25-year old bride attracted raised eyebrowattention as they checked into the resort hotel. Next morning at eightsharp, the groom came into the dining room whistling a g*y tune, sat downat a table and ordered ham and eggs. The smile on his face and the twinklein his eye told everybody present that he was happy and confident. Fifteen minutes later the young bride slowly trudged into the dining roomand seated herself across from her 70-year old. Her face was drawn and hervoice weak as she ordered toast and coffee. The groom, now finished, excused himself and strolled into the lobby forhis morning cigar. As the waitress approached with the bride’s toast and coffee, she said,”Honey, I don’t understand it. Here you are a young bride with an oldhusband, looking like you’ve encountered a buzz saw.” “That guy,” said the bride, “double crossed me. He told me he saved up for60 years and I thought he was talking about money!”