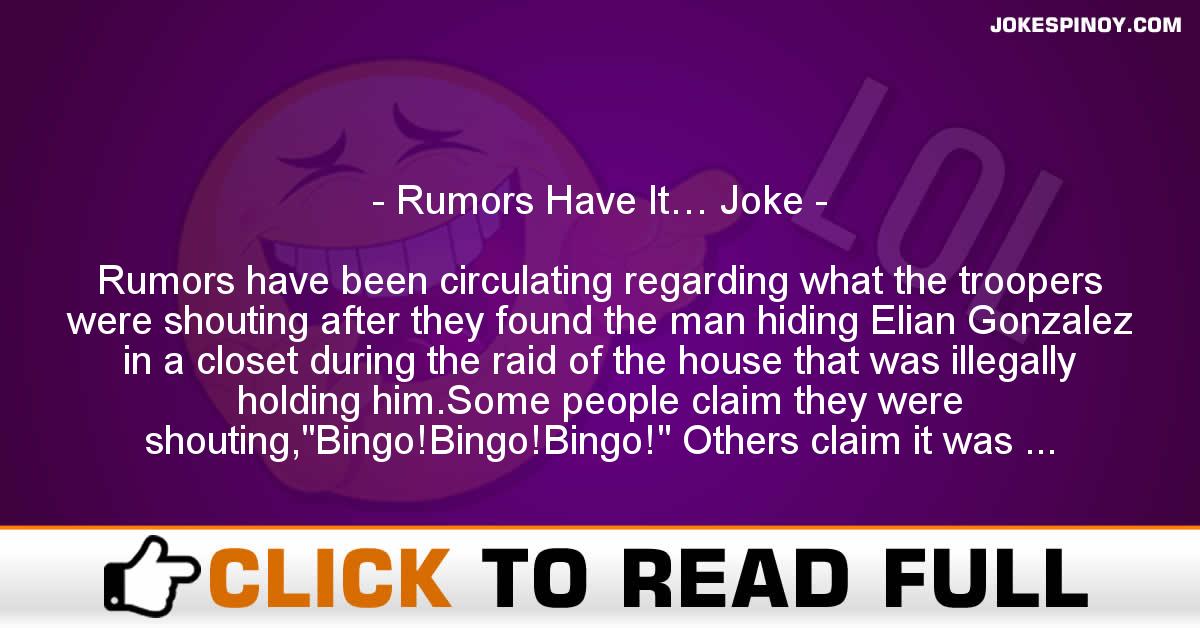 Rumors have been circulating regarding what the troopers were shouting after they found the man hiding Elian Gonzalez in a closet during the raid of the house that was illegally holding him.Some people claim they were shouting,”Bingo!Bingo!Bingo!” Others claim it was “Score!Score!Score!”But the real truth is, when the trooper ripped open the closet door and was brought face to face with the fisherman holding Elian, he shouted, “Drop the chalupa!”