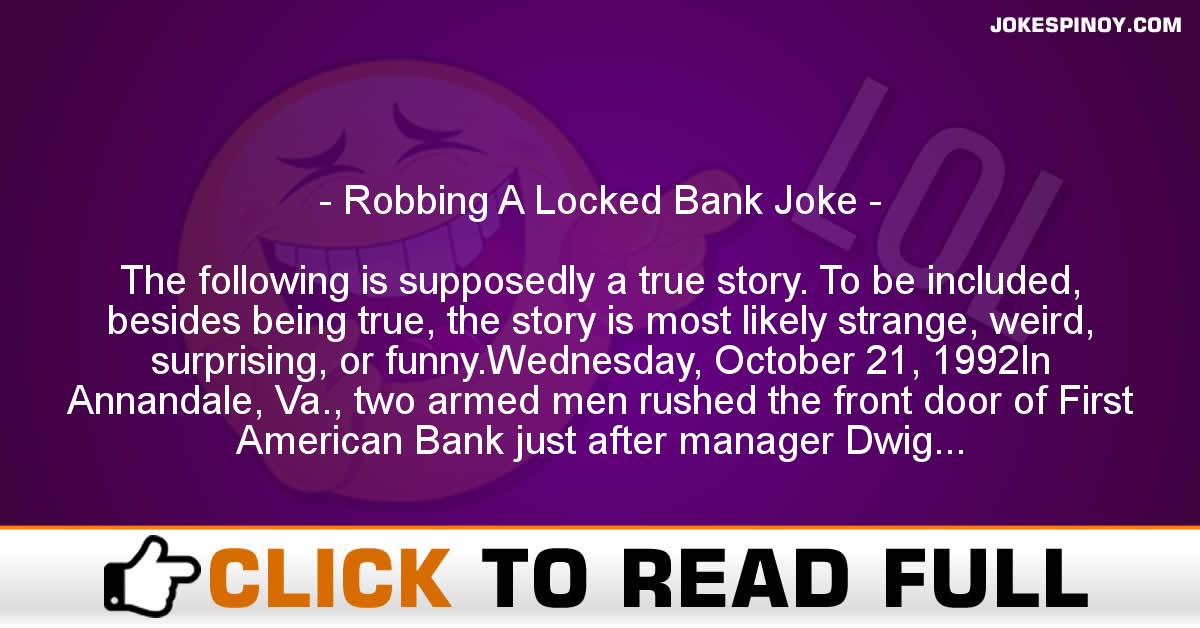 The following is supposedly a true story. To be included, besides being true, the story is most likely strange, weird, surprising, or funny.Wednesday, October 21, 1992In Annandale, Va., two armed men rushed the front door of First American Bank just after manager Dwight Smith opened up.Unknown to the men, the door had locked automatically behind Smith.The first robber bounced off the door hitting the second man.They escaped in their van and have not been captured.