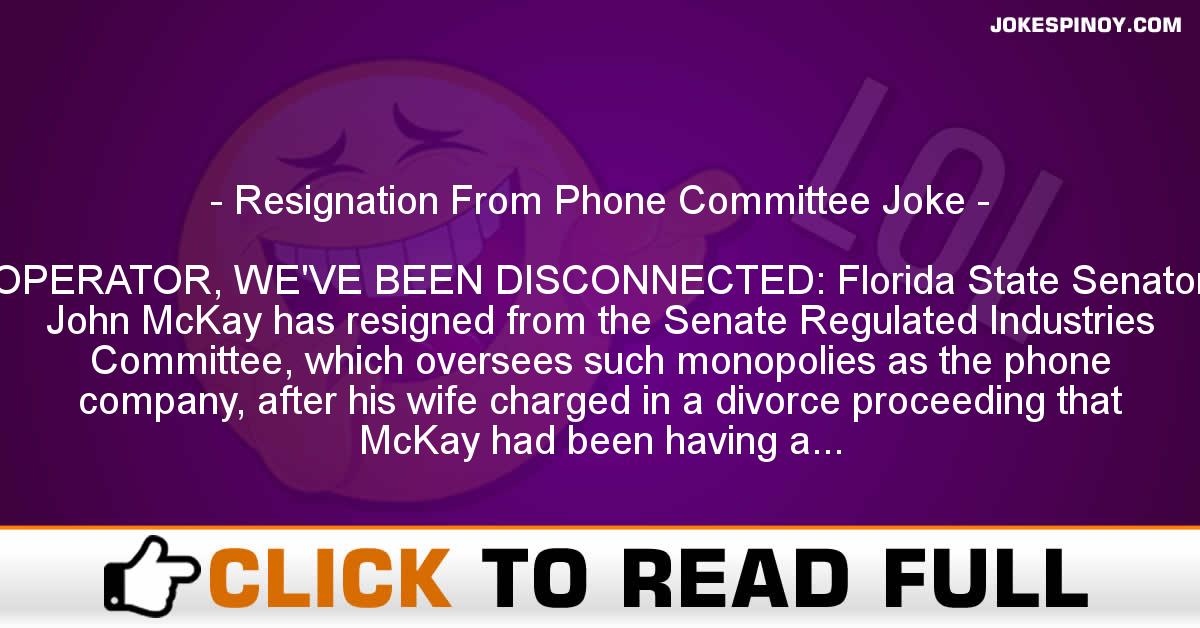 OPERATOR, WE’VE BEEN DISCONNECTED: Florida State Senator John McKay has resigned from the Senate Regulated Industries Committee, which oversees such monopolies as the phone company, after his wife charged in a divorce proceeding that McKay had been having an affair with the lobbyist for the Sprint telephone company. (AP) John, that’s not what Ma Bell meant by “Reach Out and Touch Someone”.