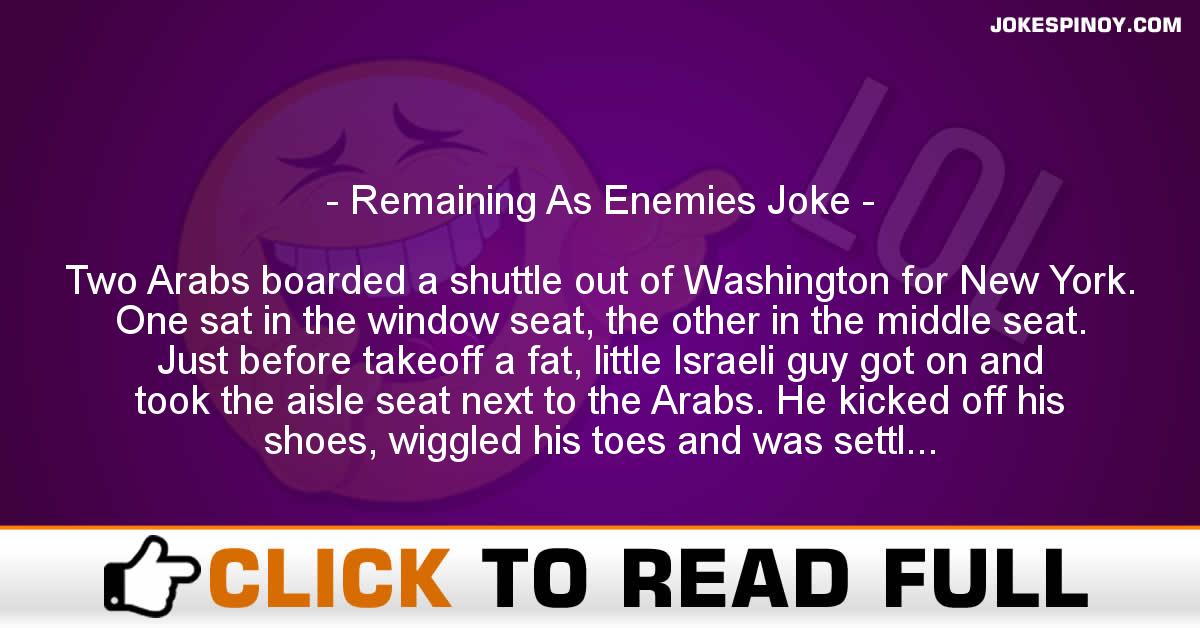 Two Arabs boarded a shuttle out of Washington for New York. One sat in the window seat, the other in the middle seat. Just before takeoff a fat, little Israeli guy got on and took the aisle seat next to the Arabs. He kicked off his s***s, wiggled his toes and was settling in when the Arab in the window seat said, “I think I’ll go up and get a coke.” “No problem,” said the Israeli. “I’ll get it for you.” While he was gone, the Arab picked up the Israeli’s shoe and spit in it. When the Israeli returned with the coke, the other Arab said, “That looks good. I think I’ll have one too.” Again, the Israeli obligingly went to fetch it, and while he is gone the Arab other picked up the other shoe and spit in it. The Israeli returned with the coke, and they all sat back and enjoyed the short flight to New York. As the plane was landing the Israeli slipped his feet into his s***s and knew immediately what had happened. “How long must this go on?” he asked. “This enmity between our peoples….. this hatred… this animosity… this spitting in s***s and peeing in cokes?”