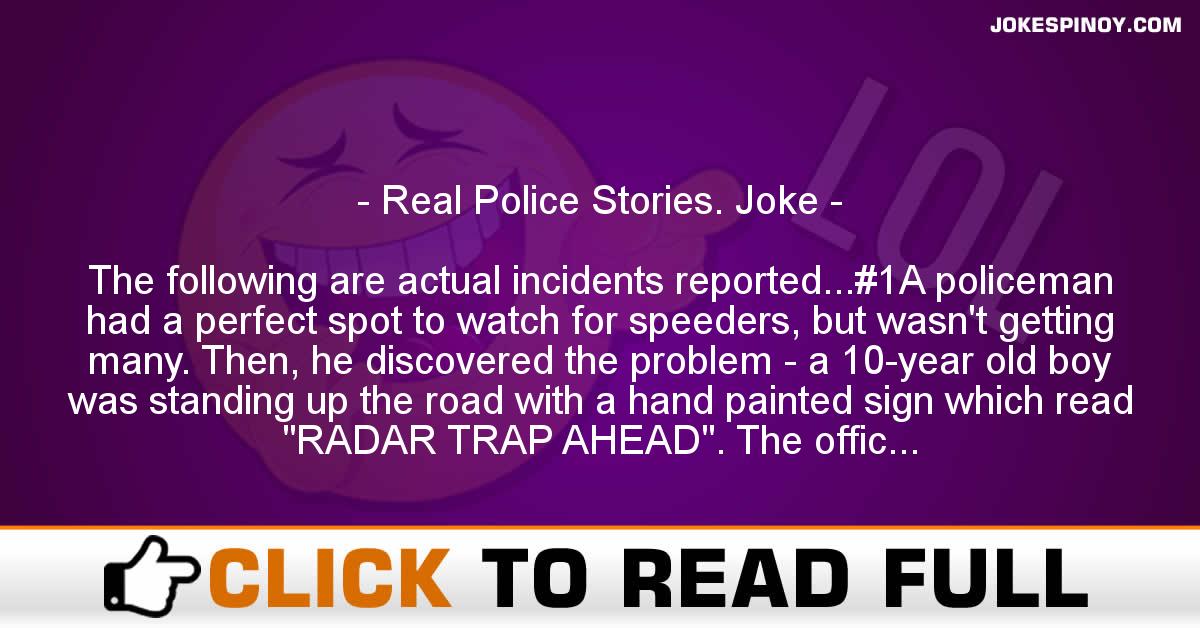 The following are actual incidents reported…#1A policeman had a perfect spot to watch for speeders, but wasn’t getting many. Then, he discovered the problem – a 10-year old boy was standing up the road with a hand painted sign which read “RADAR TRAP AHEAD”. The officer then found a young accomplice down the road with a sign reading “TIPS” and a bucket full of change.#2A motorist was mailed a picture of his car speeding through an automated radar. A $40 speeding ticket was included. Being cute, he sent the police department a picture of $40. The police responded with another mailed photo of handcuffs.#3A young woman was pulled over for speeding. As the motorcycle officer walked to her car window, flipping open his ticket book, she said, “I bet you are going to sell me a ticket to the Highway Patrolmen’s Ball.”He replied, “Highway patrolmen don’t have balls.”There was a moment of silence while she smiled, and he realized what he’d just said. He then closed his book, got back on his motorcycle and left. She was laughing too hard to start her car for several minutes.