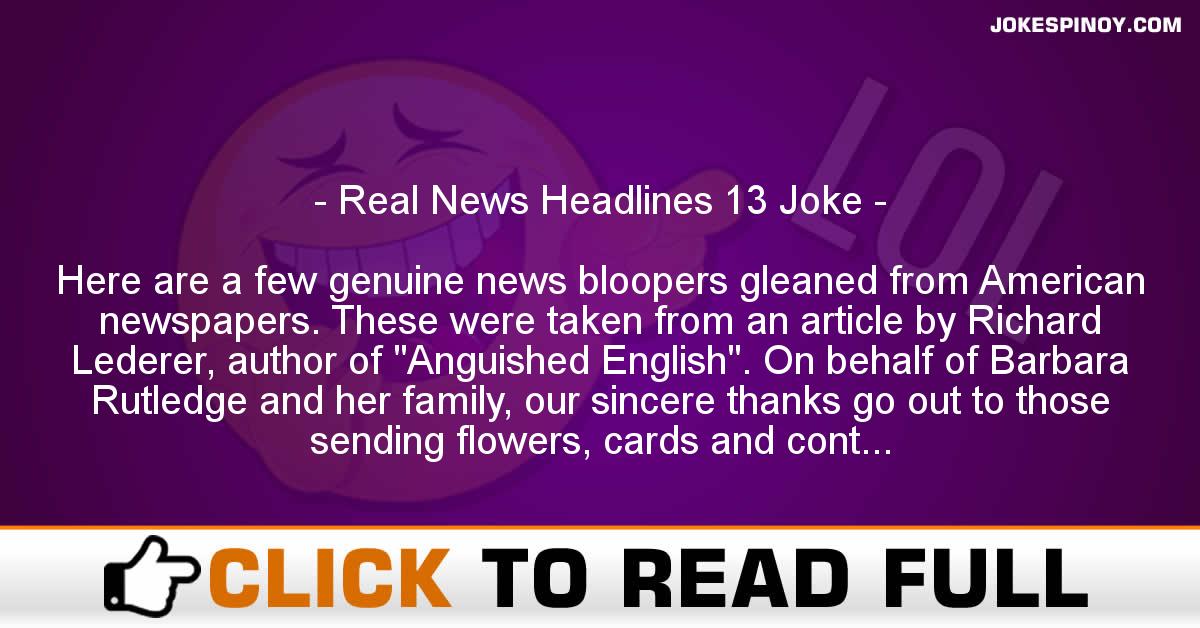 Here are a few genuine news bloopers gleaned from American newspapers. These were taken from an article by Richard Lederer, author of “Anguished English”. On behalf of Barbara Rutledge and her family, our sincere thanks go out to those sending flowers, cards and contributing to the death of her husband. The airplane was only a few feet from the ground when it crashed, witnesses said. With the exception of victimless crimes (which need not concern us here), every single crime committed in this nation of ours involves a victim. A purple lady’s bicycle was missing from Serendipity Lane recently. Chairman Billings asked Board members to muster support from parent-teacher groups to support the governor’s task force on driving while intoxicated. He hasn’t even had his day in court yet, but Simon Wynne has been kicked off the ESU basketball team after being arrested and accused of driving a parked car while intoxicated. Montreal police don’t hesitate to use whatever laws, regulations or persuasion they feel they need to control morality in the city and prevent it from getting a foothold. A college friendship that began a year ago ended in matrimony yesterday.