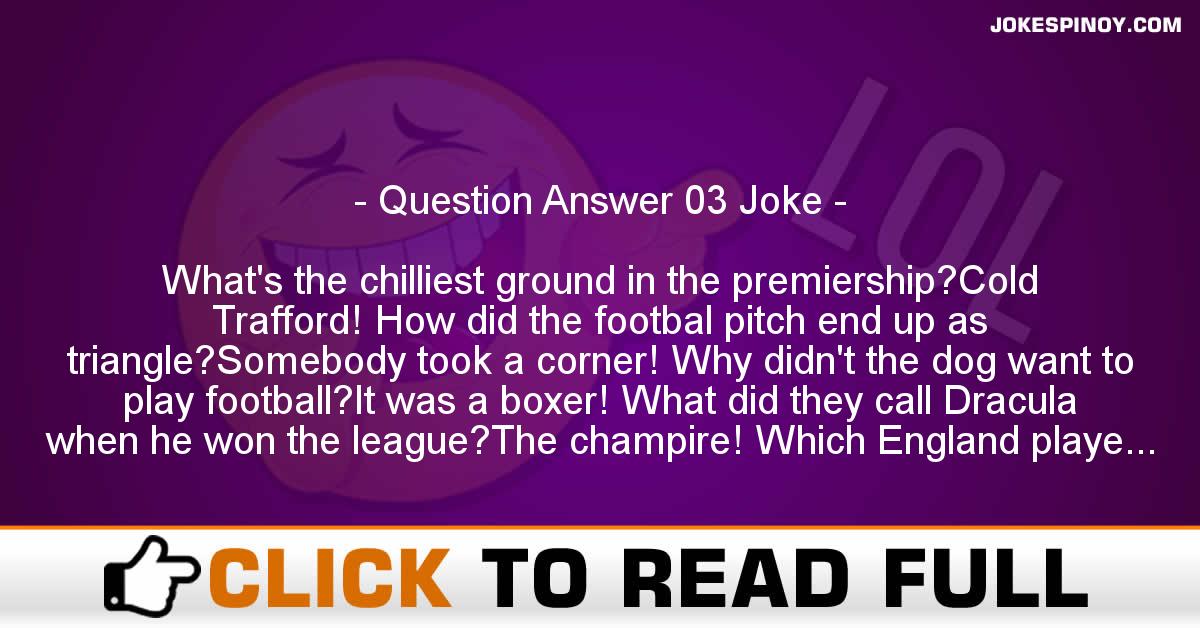 What’s the chilliest ground in the premiership?Cold Trafford! How did the footbal pitch end up as triangle?Somebody took a corner! Why didn’t the dog want to play football?It was a boxer! What did they call Dracula when he won the league?The champire! Which England player keeps up the fuel supply?Paul gas coin! Manager: I’ll give you fifty pounds a week to start with and a hundred pounds a week in a year’s time?Young player: OK, I’ll come back in a year’s time!Manager: Twenty teams in the league and you lot finish bottom?Captain: Well, it could have been worse.Manager: How?Captain: There could have been more teams in the league!