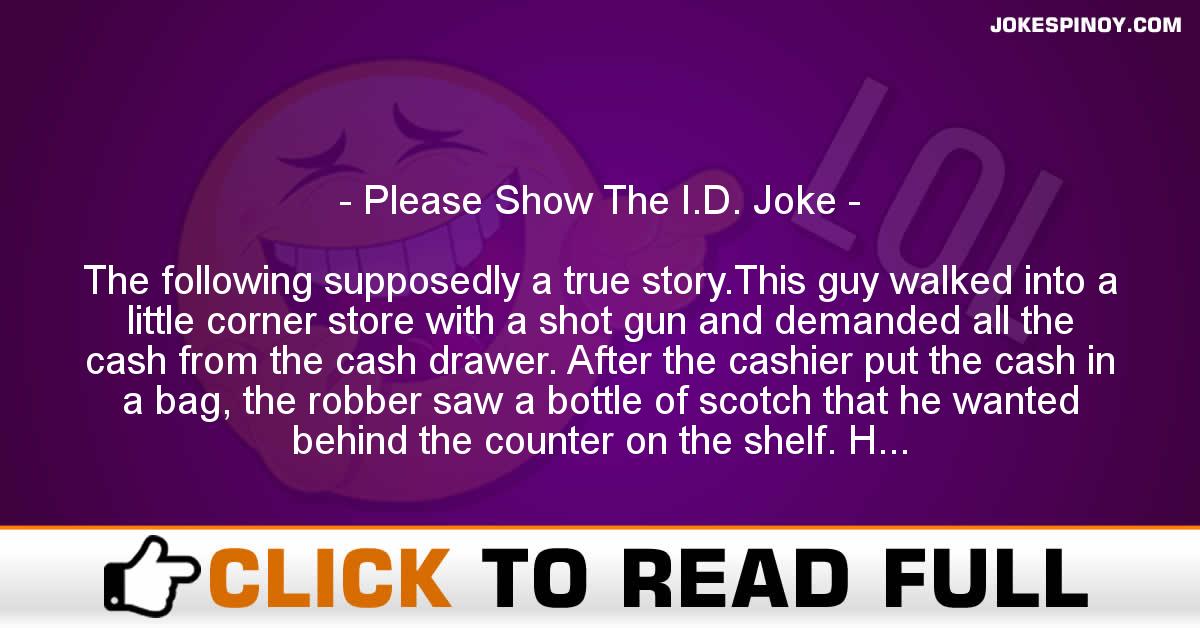 The following supposedly a true story.This guy walked into a little corner store with a shot gun and demanded all the cash from the cash drawer. After the cashier put the cash in a bag, the robber saw a bottle of scotch that he wanted behind the counter on the shelf. He told the cashier to put it in the bag as well, but the cashier refused and said “Because I don’t believe you are over 21.” The robber said he was, but the clerk still refused to give the scotch to him because he didn’t believe him. At this point the robber took his drivers license out of his wallet and gave it to the clerk. The clerk looked it over, and agreed that the man was in fact over 21 and he put the scotch in the bag. The robber then ran from the store with his loot. The cashier promptly called the police and gave the name and address of the robber that he got off of the license. They arrested the robber two hours later.