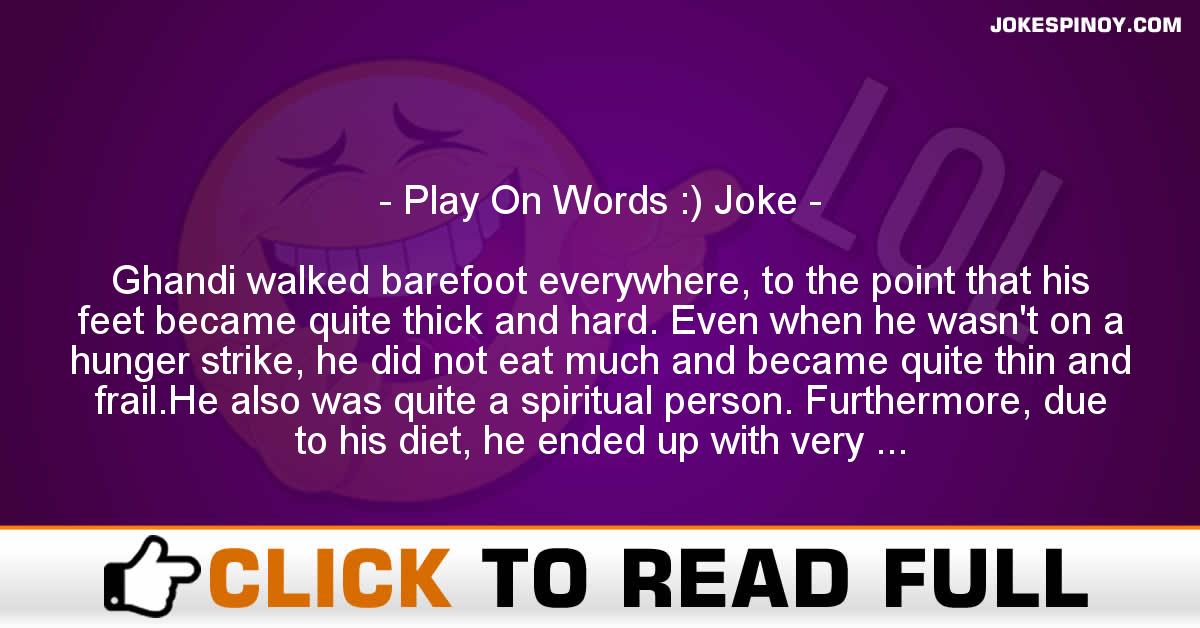 Ghandi walked barefoot everywhere, to the point that his feet became quite thick and hard. Even when he wasn’t on a hunger strike, he did not eat much and became quite thin and frail.He also was quite a spiritual person. Furthermore, due to his diet, he ended up with very bad breath.He became known as a super-calloused fragile mystic plagued with halitosis.