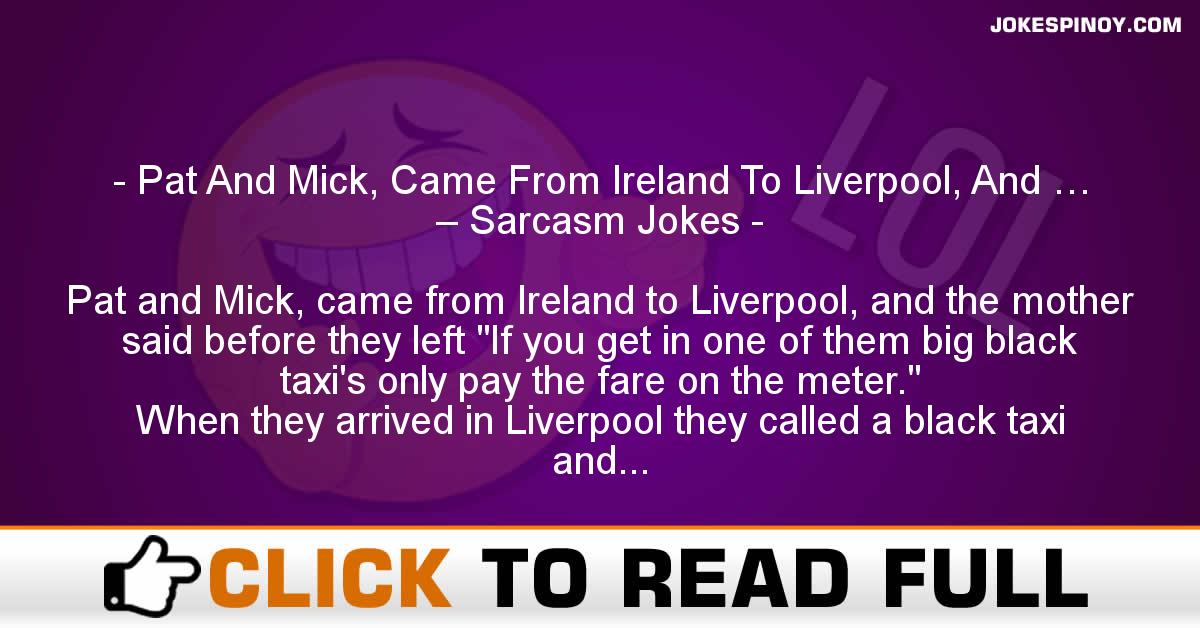 Pat and Mick, came from Ireland to Liverpool, and the mother said before they left “If you get in one of them big black taxi’s only pay the fare on the meter.”
When they arrived in Liverpool they called a black taxi and asked to go to an address in upper parliament street, when they arrived the taxi driver said, “that will be 4”,
Pat said “There is only 3.60 on the meter and that is all I’m going to pay you,”
“Iye,” Says Mick “And that’s all I’m going to pay you as well,”