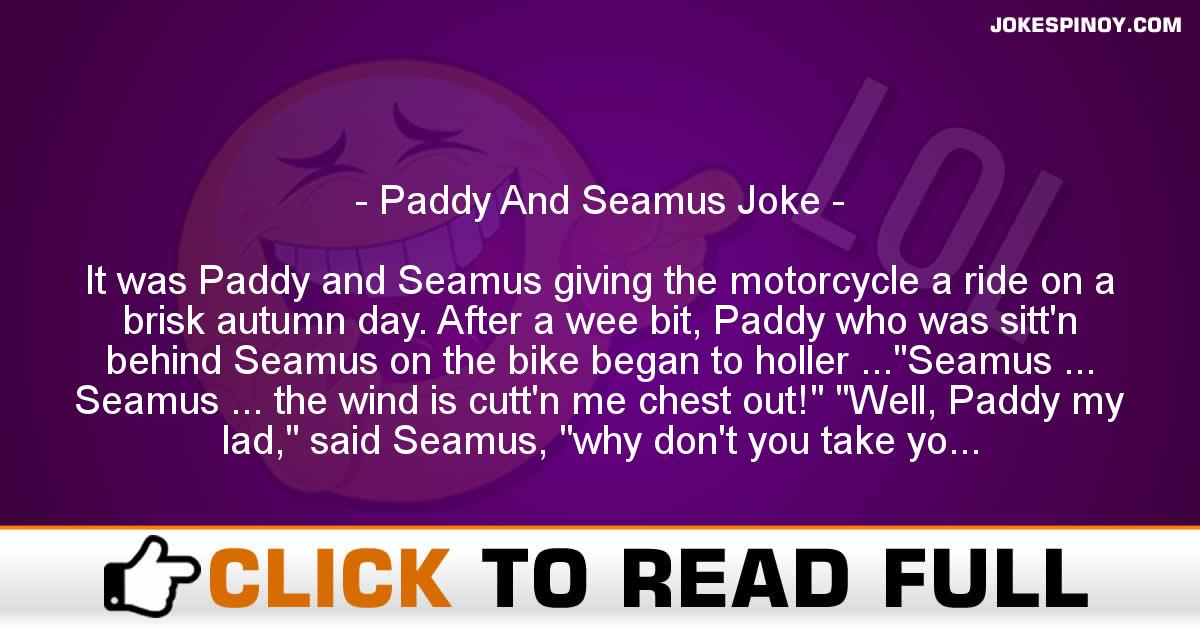 It was Paddy and Seamus giving the motorcycle a ride on a brisk autumn day. After a wee bit, Paddy who was sitt’n behind Seamus on the bike began to holler …”Seamus … Seamus … the wind is cutt’n me chest out!” “Well, Paddy my lad,” said Seamus, “why don’t you take your jacket off and turn it from front to back … that’ll block the wind for you.” So Paddy took Seamus’ advice and turned his jacket from front to back and got back on the bike and the two of them were off down the road again. After a bit, Seamus turned to talk to Paddy and was horrified to see that Paddy was not there. Seamus immediately turned the bike around and retraced their route. When after a short time he came to a turn and saw a bunch of farmers standing around Paddy who was sitting on the ground. “T’anks be to heaven, is he alright?” Seamus hailed to the farmers. “Well,” said one of the farmers, ” he was alright when we found him here .. but since we turned his head back to front .. he hasn’t said a word since!”