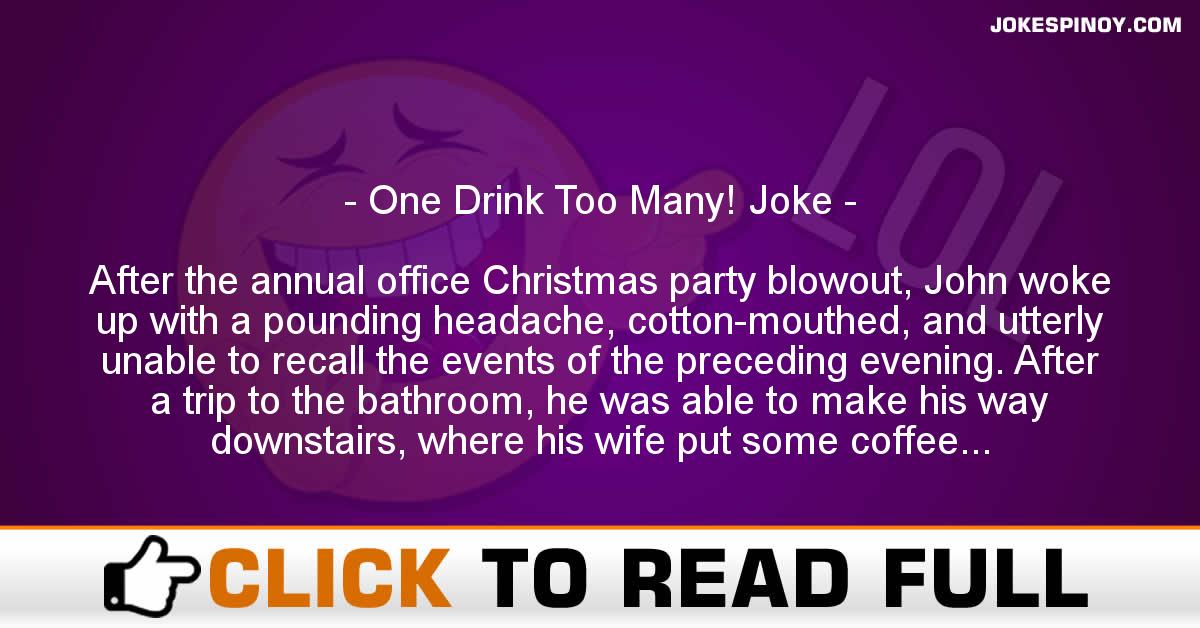 After the annual office Christmas party blowout, John woke up with a pounding headache, cotton-mouthed, and utterly unable to recall the events of the preceding evening. After a trip to the bathroom, he was able to make his way downstairs, where his wife put some coffee in front of him.”Louise,” he moaned, “tell me what went on last night. Was it as bad as I think?””Even worse,” she a*sured him, voice dripping with scorn.”You made a complete a*s of yourself, succeeded in antagonizing the entire board of directors, and insulted the President of the company to his face.””He’s an a*shole – piss on him!””You did,” Louise informed him. “And he fired you.””Well, screw him!” said John.”I did. You’re back at work on Monday!”