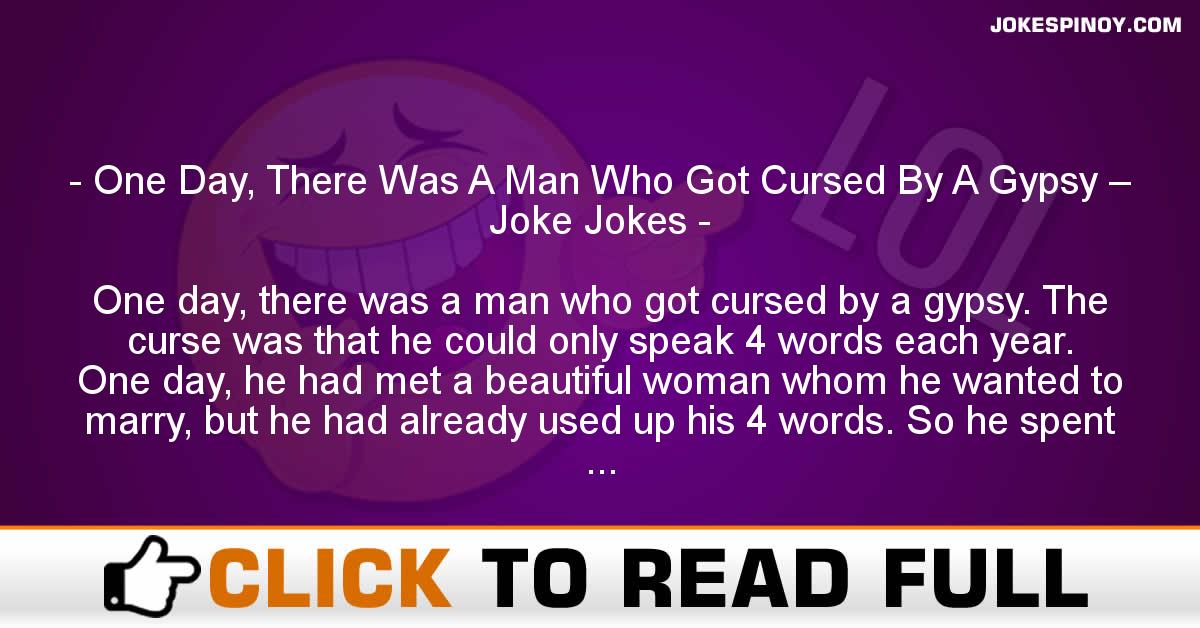 One day, there was a man who got cursed by a gypsy. The curse was that he could only speak 4 words each year.
One day, he had met a beautiful woman whom he wanted to marry, but he had already used up his 4 words. So he spent the next year courting her, buying her expensive gifts and trying to woo her.
It was finally a year later, and over a candle lit dinner he proceeded to ask her the big question.
‘Will you marry me?’
She replied
‘Pardon?’