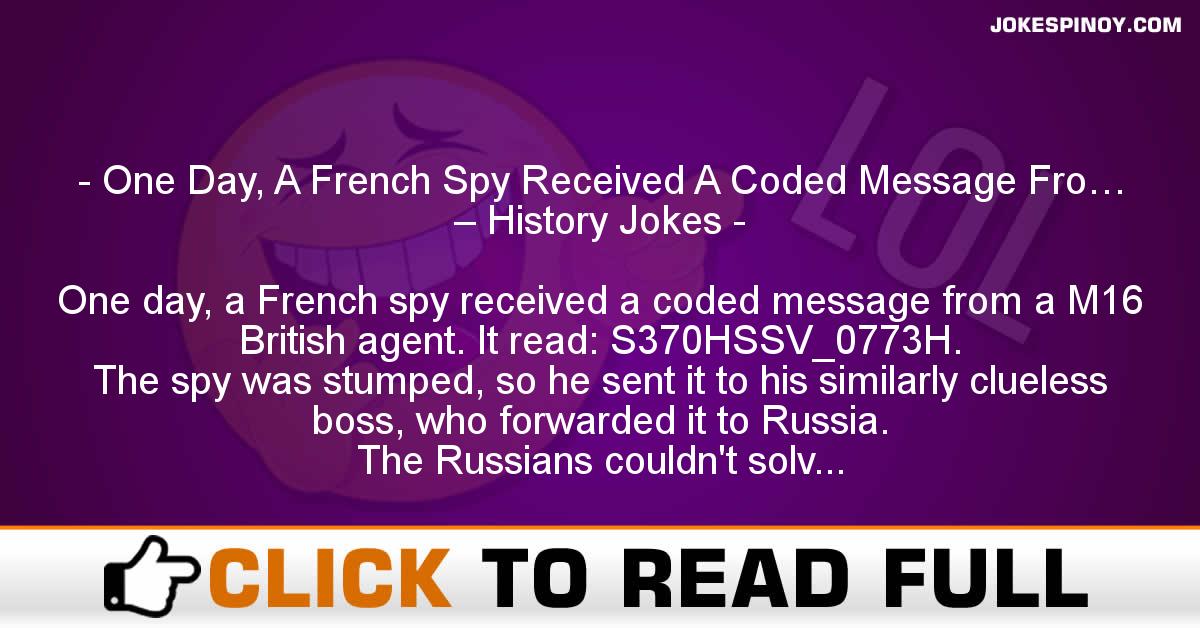 One day, a French spy received a coded message from a M16 British agent. It read: S370HSSV_0773H.
The spy was stumped, so he sent it to his similarly clueless boss, who forwarded it to Russia.
The Russians couldn’t solve it either so they asked the Germans.
The Germans, having received this same message during WWll from the Brits, suggested turning it upside down.