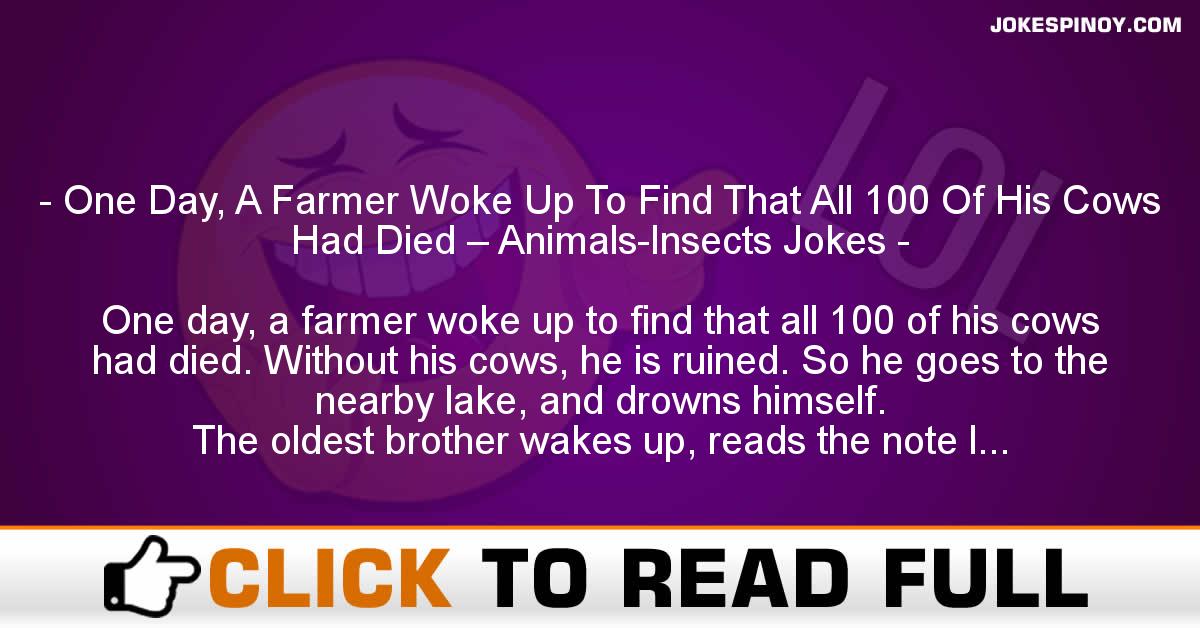 One day, a farmer woke up to find that all 100 of his cows had died. Without his cows, he is ruined. So he goes to the nearby lake, and drowns himself.
The oldest brother wakes up, reads the note left by his father, and decides that life isn’t worth living. So he goes to the lake to drown himself as well. There is a mermaid there. She tells the boy that if he can screw her 5 times, she will resurrect his father, and the cows. Anyway, the boy tries his best, but only can do it 3 times. So, she kills him.
The second oldest brother goes to the lake to drown himself, and the mermaid is there. She says that if he screws her 10 times in a row, she will resurrect his father, brother, and cows. He tries his best, but only can get it up 8 times.
The youngest brother then goes to the lake. The mermaid tells him that he must do it with her 20 times. He looks at her, bemused, and then says “What about 100 times? Or 200?”
The mermaid goes “Err, you think that you can handle it?”
And he replies “Sure! How do you think all the cows died???”