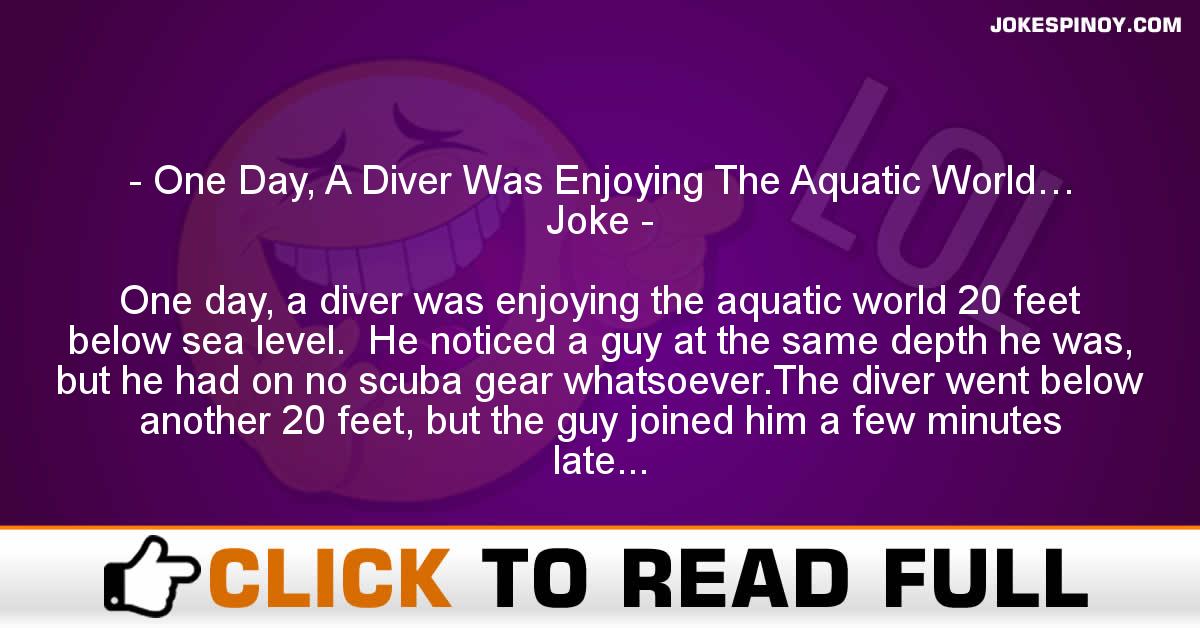 One day, a diver was enjoying the aquatic world 20 feet below sea level. He noticed a guy at the same depth he was, but he had on no scuba gear whatsoever.The diver went below another 20 feet, but the guy joined him a few minutes later. The diver went below 25 feet, but minutes later, the same guy joined him. This confused the diver, so he took out a waterproof chalkboard set, and wrote, “How the heck are you able to stay under this deep without equipment?”The guy took the board and chalk, erased what the diver had written, and wrote, “I’m drowning, you moron!”