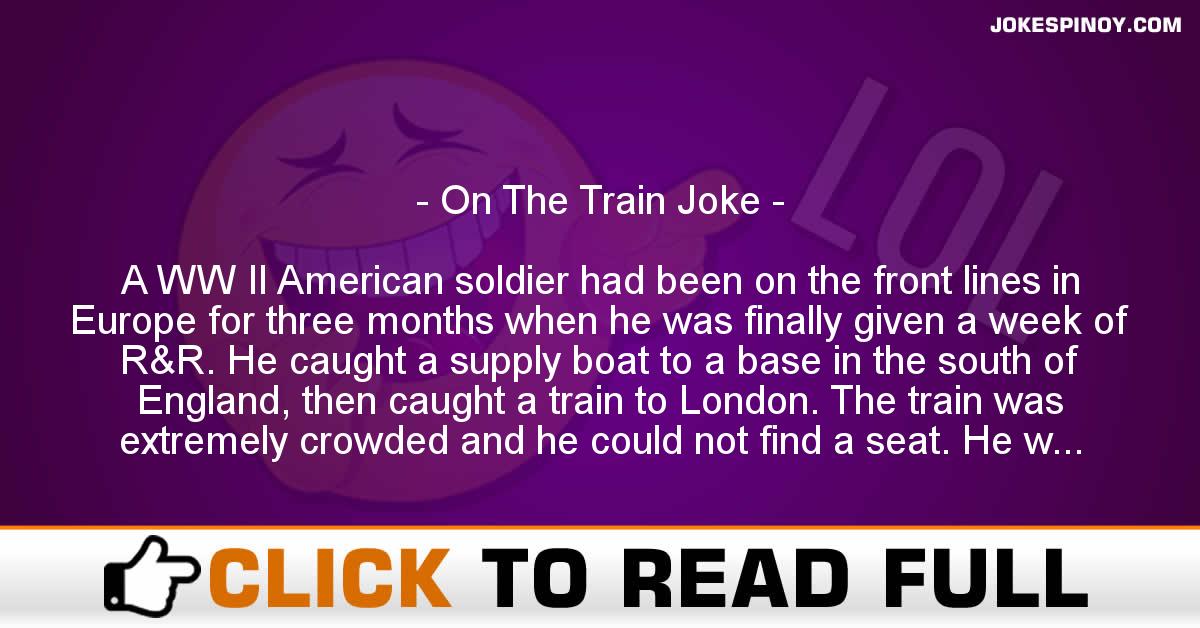 A WW II American soldier had been on the front lines in Europe for three months when he was finally given a week of R&R. He caught a supply boat to a base in the south of England, then caught a train to London. The train was extremely crowded and he could not find a seat. He was dead on his feet and walked the length of the train looking for any place to sit.Finally he found a compartment with seats facing each other. There was room for two people on each seat. On one side sat only a proper looking, older British lady, with a small dog sitting in the empty seat beside her. “Could I please sit in that seat” he asked. The lady was insulted. “You Americans are so rude” she said, “can’t you see my dog is sitting there”?He walked through the train more and still could not find a seat. He found himself back at the same place. “Lady, I love dogs – have a couple at home – so I would be glad to hold your dog if I could sit down” he said.The lady replied, “You Americans are not only rude you are arrogant” she said. He leaned against the wall for a time, but was so tired he finally said, “Lady, I’ve been on the front lines in Europe for three months with not a decent rest for all that time. Could I please sit there and hold your dog?” The lady replied, “You Americans are not only rude and arrogant, you are also obnoxious.”With that comment, the soldier calmly stepped in, picked up the dog, threw it out the widow, and sat down.The lady was speechless.An older, neatly dressed Englishman sitting across on the other seat spoke up. “Young man, I do not know if all you Americans fit the lady’s description of you or not. But I do know that you Americans do a lot of things wrong. You drive on the wrong side of the road, you hold your fork with the wrong hand, and now you have just thrown the wrong bitch out of the window!”