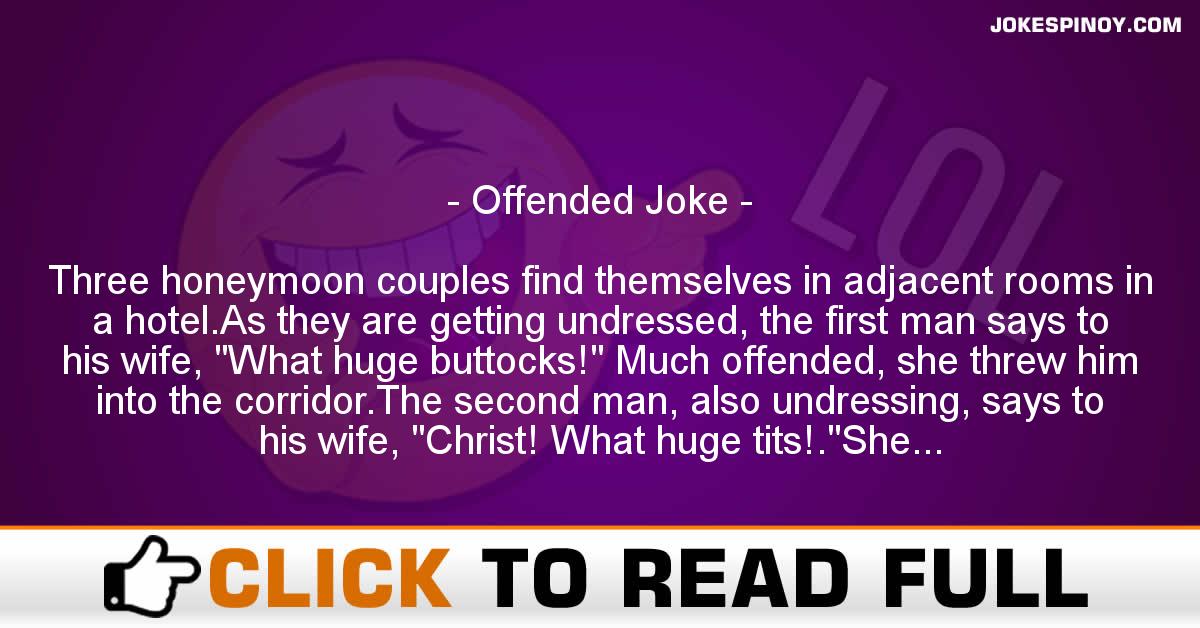 Three honeymoon couples find themselves in adjacent rooms in a hotel.As they are getting undressed, the first man says to his wife, “What huge buttocks!” Much offended, she threw him into the corridor.The second man, also undressing, says to his wife, “Christ! What huge tits!.”She is also greatly offended and throws him out into the corridor.Several minutes later, the third newlywed husband arrives in the corridor as well.The other two ask, “What happened? Did you put your foot in it?””No, but I could have!” the third man replied.