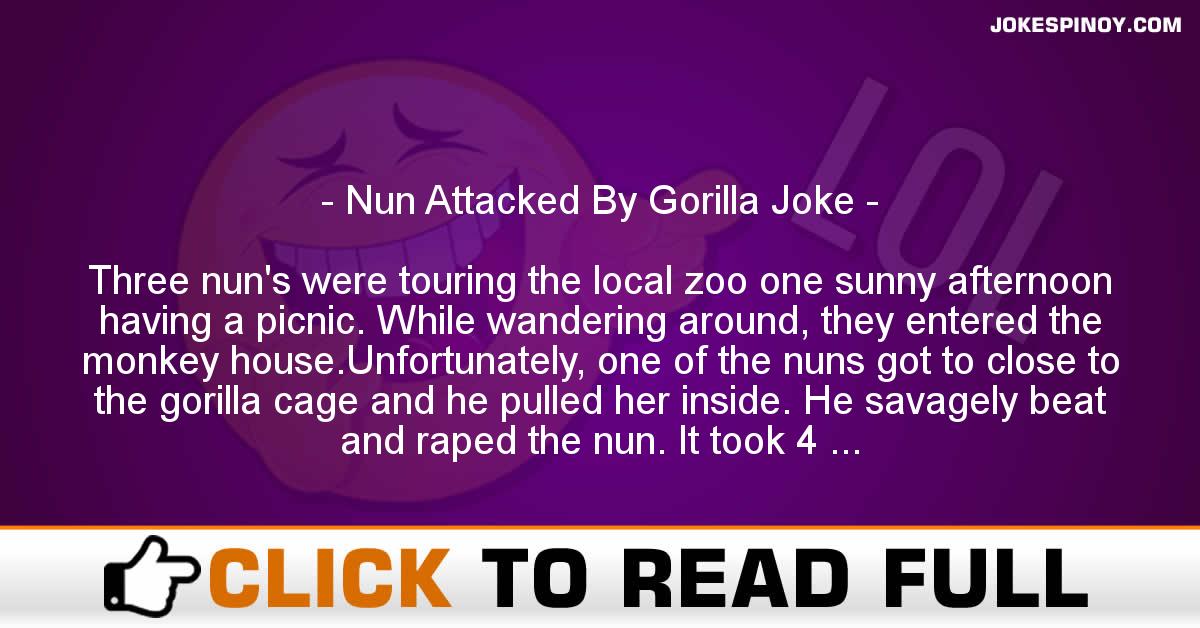 Three nun’s were touring the local zoo one sunny afternoon having a picnic. While wandering around, they entered the monkey house.Unfortunately, one of the nuns got to close to the gorilla cage and he pulled her inside. He savagely beat and raped the nun. It took 4 guards to pull the nun to safety. The nun spent three months in the hospital recovering and then was sent to a convent in England, for six months, to recover emotionally.Amazingly, the same three nuns met up again the next year in the park. The younger of the two asked her if she minded talking about the experience in the zoo.She said, “Of course not”.The younger nun asked “Did it hurt?”The sister replied “Of course! He never called and he never wrote.”