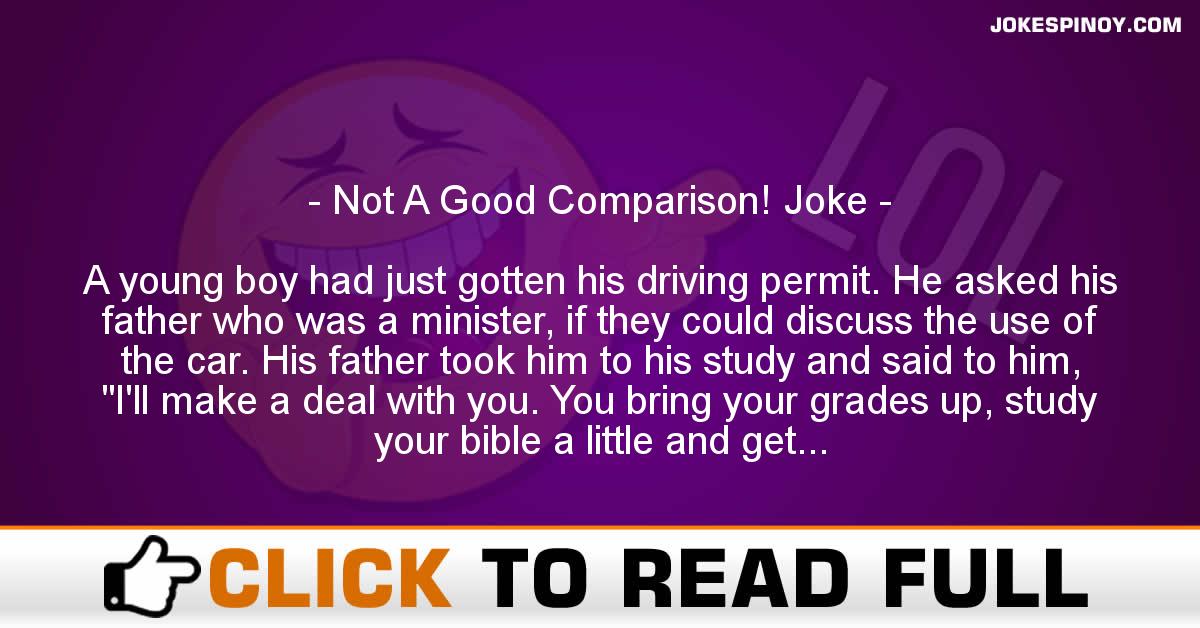 A young boy had just gotten his driving permit. He asked his father who was a minister, if they could discuss the use of the car. His father took him to his study and said to him, “I’ll make a deal with you. You bring your grades up, study your bible a little and get your hair cut and we’ll talk about it.”After about a month the boy came back and again asked his father if they could discuss use of the car.They again went to the father’s study where his father said, “Son, I’ve been real proud of you. You have brought your grades up, you’ve studied your bible diligently, but you didn’t get your hair cut!”The young man waited a moment and replied, “You know Dad, I’ve been thinking about that. You know, Samson had long hair, Moses had long hair, Noah had long hair, and even Jesus had long hair….”To which his father replied… “Yes, you’re right…and they also WALKED every where they went!”