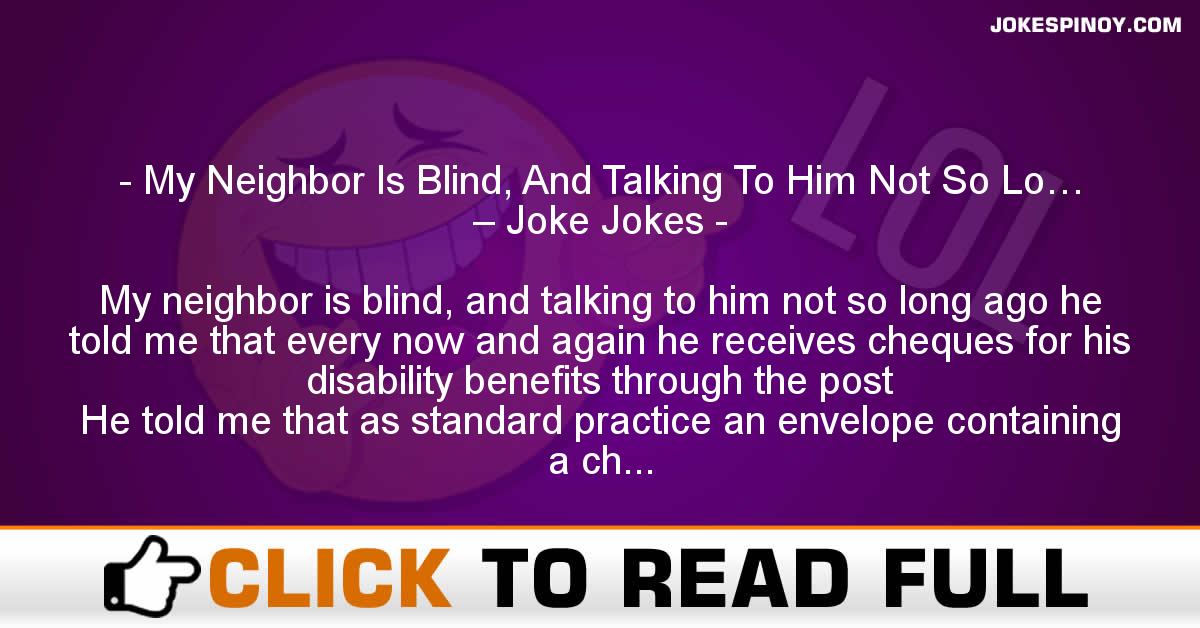 My neighbor is blind, and talking to him not so long ago he told me that every now and again he receives cheques for his disability benefits through the post
He told me that as standard practice an envelope containing a cheque addressed to a blind person contains a piece of kitchen role, so the blind person recognises the texture, knows its a cheque, and takes it to the bank
This is when a lightbuld lit in my evil little mind
Not to make it too obvious that it was me, an envelope was delivered 6 months later through his door, inside was a strip of kitchen role and a piece of paper shaped exactly the same size as a cheque
I just wish I was there at the bank, when he handed it in, and the teller read what was written on it…
This Is a stick up!