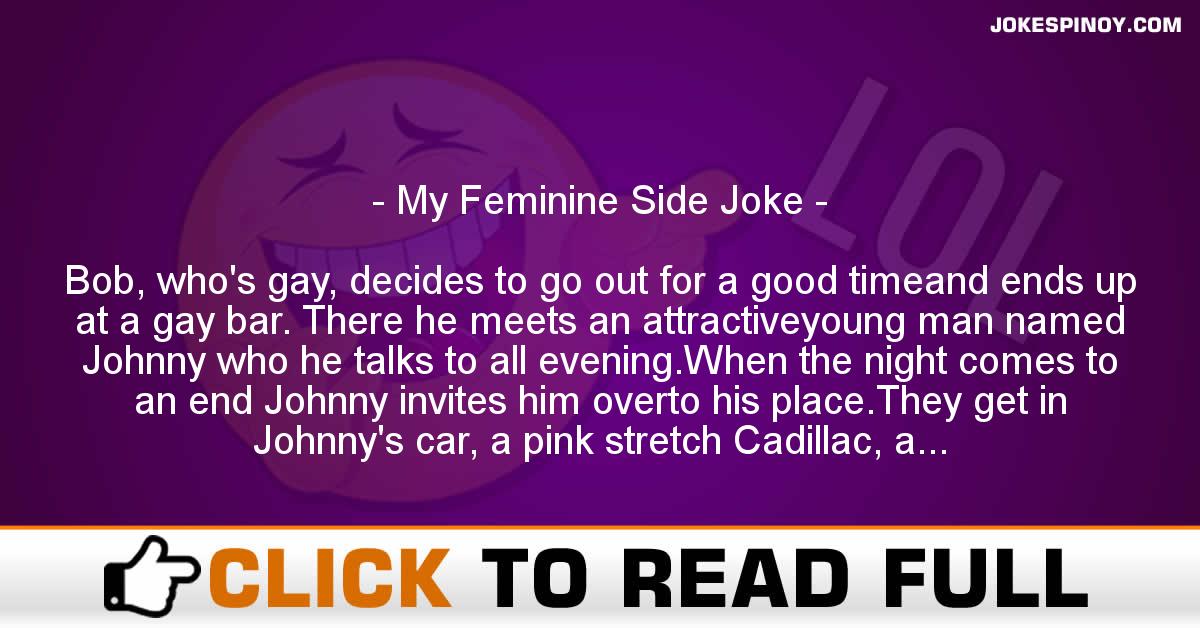 Bob, who’s gay, decides to go out for a good timeand ends up at a gay bar. There he meets an attractiveyoung man named Johnny who he talks to all evening.When the night comes to an end Johnny invites him overto his place.They get in Johnny’s car, a pink stretch Cadillac, andproceed to leave the parking lot. Yet Bob is quiteconcerned when Johnny repeatedly smashes into parkedcars as they are leaving the lot. Once they reachJohnny’s place, again Johnny looks around and proceedsto smash into parked cars as he’s parking his.As they got out of the car Johnny asked, “So Bob, do youlike my feminine side?”