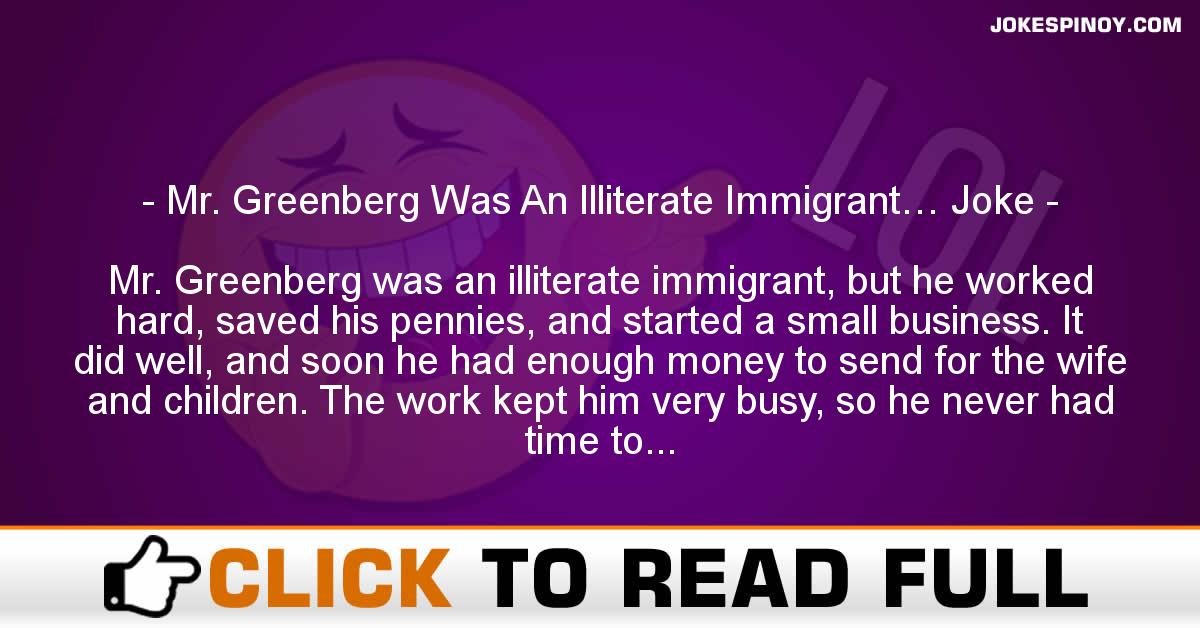 Mr. Greenberg was an illiterate immigrant, but he worked hard, saved his pennies, and started a small business. It did well, and soon he had enough money to send for the wife and children. The work kept him very busy, so he never had time to learn to write, but the bank was happy to do business with him, even though his signature consisted of two X’s.He prospered, he opened more stores, the kids were transferred to private schools, the family moved into a fancy house (with one staircase going nowhere just for show)…you get the idea. One day his banker, Mr. Smith, asked him to drop by.”So vat’s the problem?” Greenberg asked, a bit anxiously.Smith waved a bunch of checks at him. “Perhaps nothing,” he said, “but I wanted to be on the safe side. These recent checks of yours are all signed with 3 X’s, but your signature of record has just 2.”Greenberg looked embarra*sed. “I’m sorry about making trouble,” he said, “but my vife said that since I’m now such a high cla*s rich guy, I should have a middle name!”