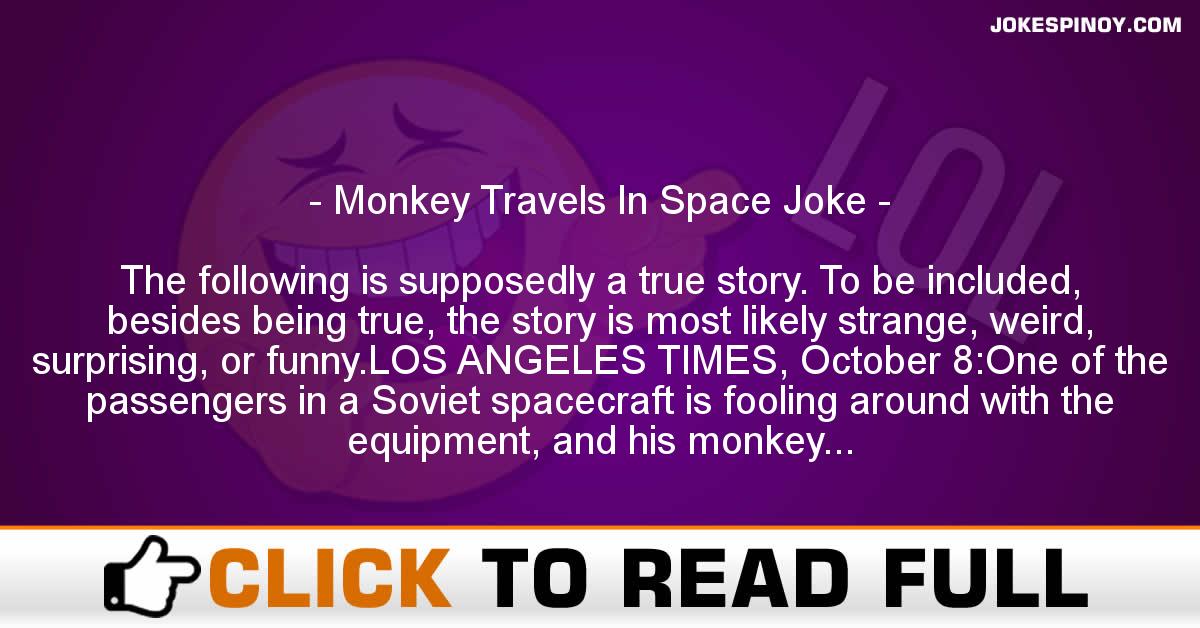 The following is supposedly a true story. To be included, besides being true, the story is most likely strange, weird, surprising, or funny.LOS ANGELES TIMES, October 8:One of the passengers in a Soviet spacecraft is fooling around with the equipment, and his monkeyshines may end the flight prematurely. The passenger is in fact a monkey named Yarosha — Russian slang for village troublemaker. Evidently bored on the fifth day of a scheduled 12-day flight, Yarosha slipped out of his harness and took a tour of the spacecraft. Tass, the Soviet news agency, reported that Yarosha was having a delightful time tampering with all of the equipment within reach. Watch out, Yarosha; if you break something, they’ll probably dock your flight pay.