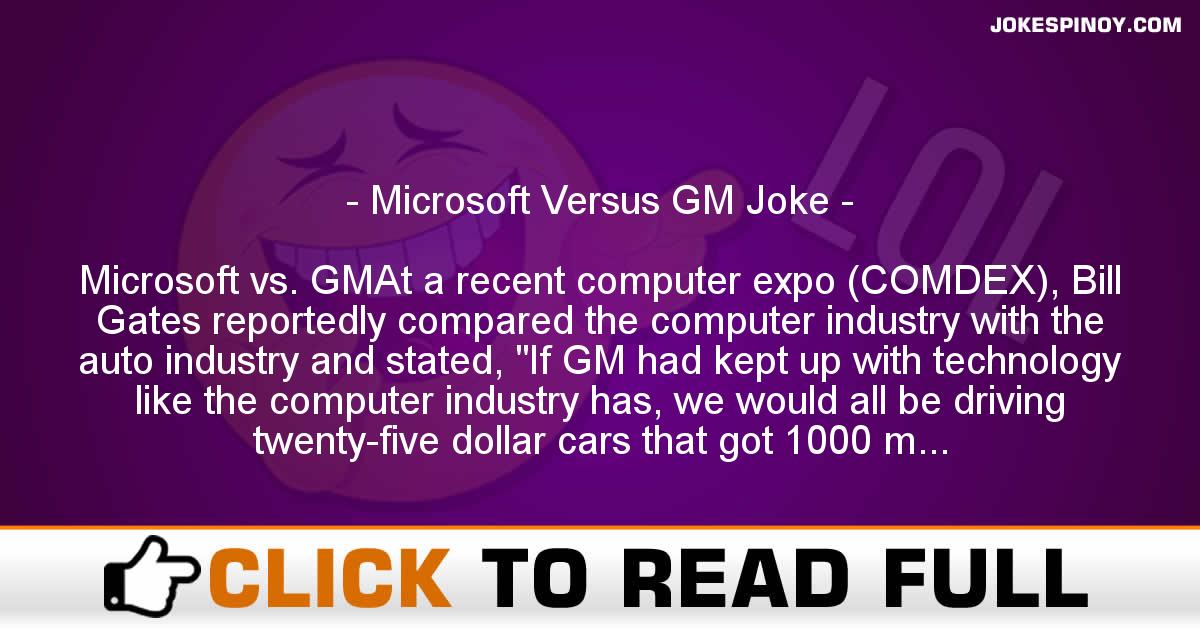 Microsoft vs. GMAt a recent computer expo (COMDEX), Bill Gates reportedly compared the computer industry with the auto industry and stated, “If GM had kept up with technology like the computer industry has, we would all be driving twenty-five dollar cars that got 1000 mi/gal.” Recently General Motors addressed this comment by releasing the statement, “Yes, but would you want your car to crash twice a day?” And… 1. Every time they repainted the lines on the road you would have to buy a new car. 2. Occasionally your car would die on the freeway for no reason, and you would just accept this, restart and drive on. 3. Occasionally, executing a maneuver would cause your car to stop and fail and you would have to re-install the engine. For some strange reason, you would accept this too. 4. You could only have one person in the car at a time, unless you bought “Car95” or “CarNT”. But, then you would have to buy more seats. 5. Macintosh would make a car that was powered by the sun, was reliable, five times as fast, twice as easy to drive, but would only run on five percent of the roads. 6. The Macintosh car owners would get expensive Microsoft upgrades to their cars, which would make their cars run much slower. 7. The oil, gas and alternator warning lights would be replaced by a single “general car default” warning light. 8. New seats would force everyone to have the same size butt. 9. The airbag system would say, “Are you sure?” before going off.