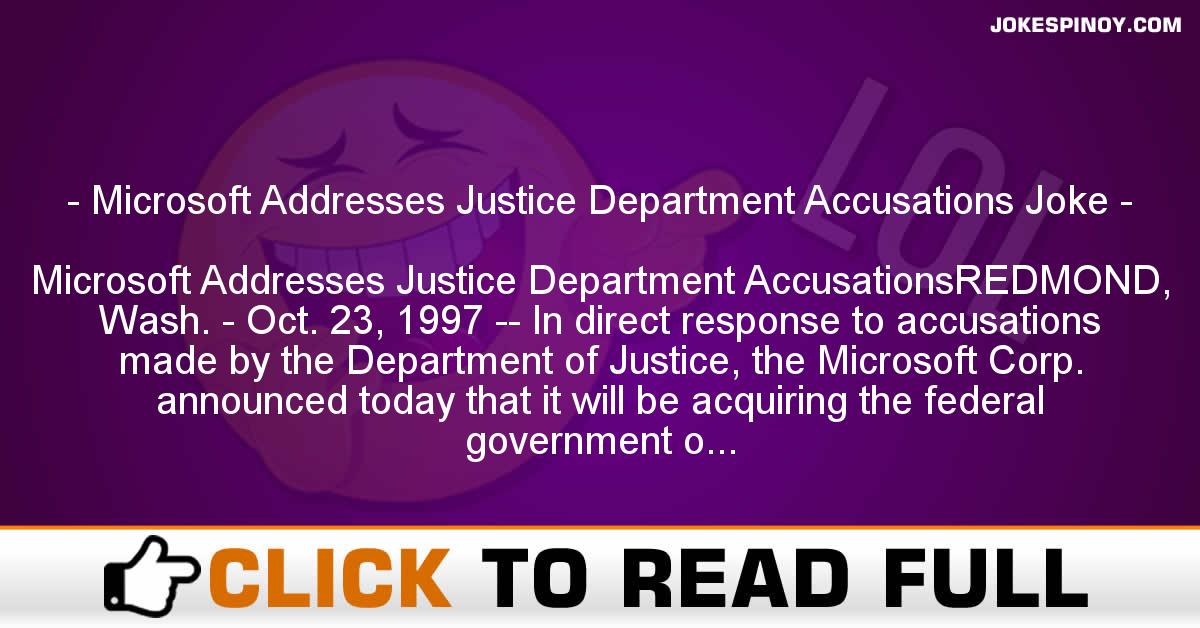 Microsoft Addresses Justice Department AccusationsREDMOND, Wash. – Oct. 23, 1997 — In direct response to accusations made by the Department of Justice, the Microsoft Corp. announced today that it will be acquiring the federal government of the United States of America for an undisclosed sum.”It’s actually a logical extension of our planned growth”, said Microsoft chairman Bill Gates, “It really is going to be a positive arrangement for everyone”.