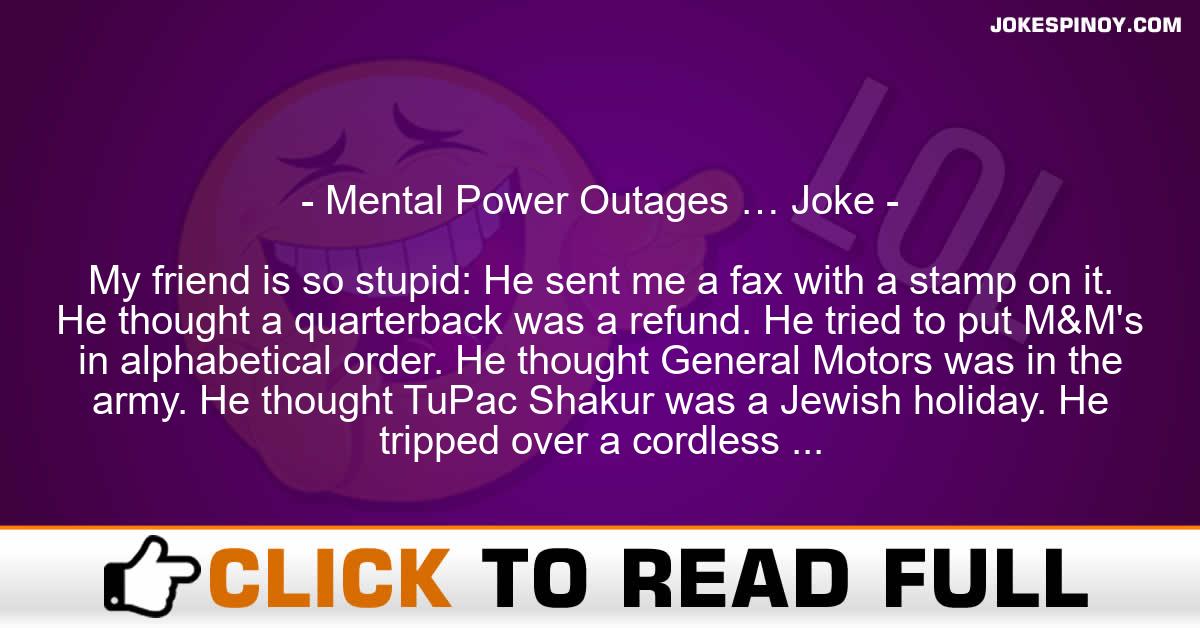 My friend is so stupid: He sent me a fax with a stamp on it. He thought a quarterback was a refund. He tried to put M&M’s in alphabetical order. He thought General Motors was in the army. He thought TuPac Shakur was a Jewish holiday. He tripped over a cordless phone. Wrote “Taurus” where it said “sign here.” He thinks Taco Bell is the Mexican phone company.