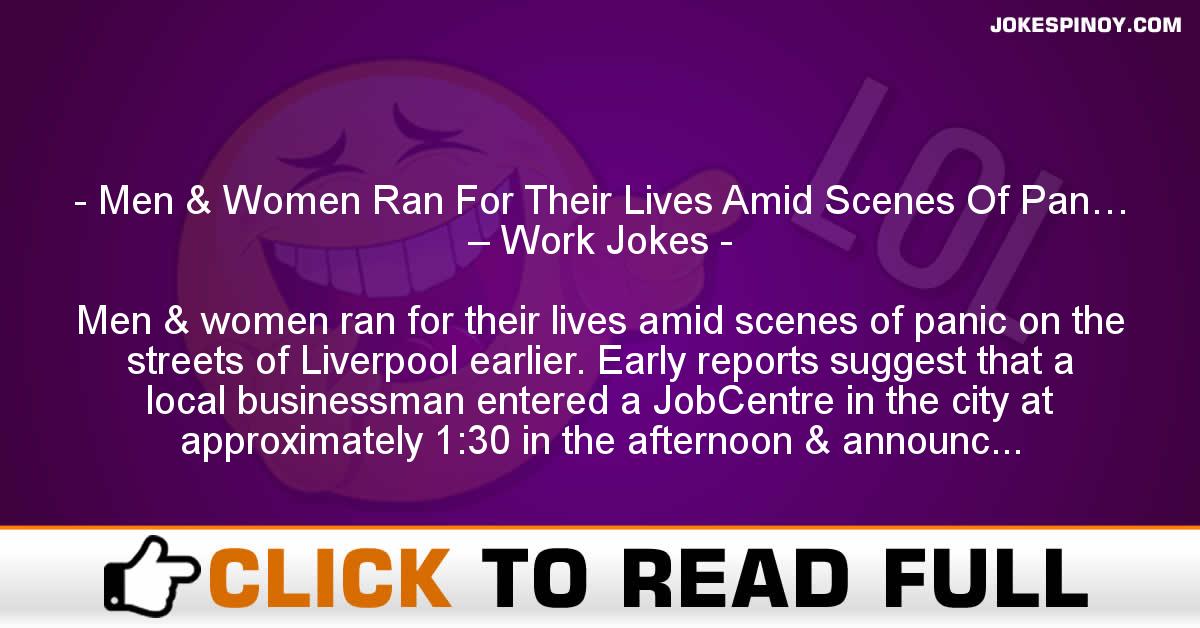 Men & women ran for their lives amid scenes of panic on the streets of Liverpool earlier. Early reports suggest that a local businessman entered a JobCentre in the city at approximately 1:30 in the afternoon & announced that he would like to employ up to 20 people.
In a statement, local Labour MP Luciana Berger said; the businessman’s behaviour simply “would not be tolerated” within the city.
Meanwhile, Labour leader Ed Miliband called for claimant’s benefits to be hand delivered on silver plateaus to their home addresses in cash form, until the businessman had been apprehended & the risk of being expected to work for a living had subsided.