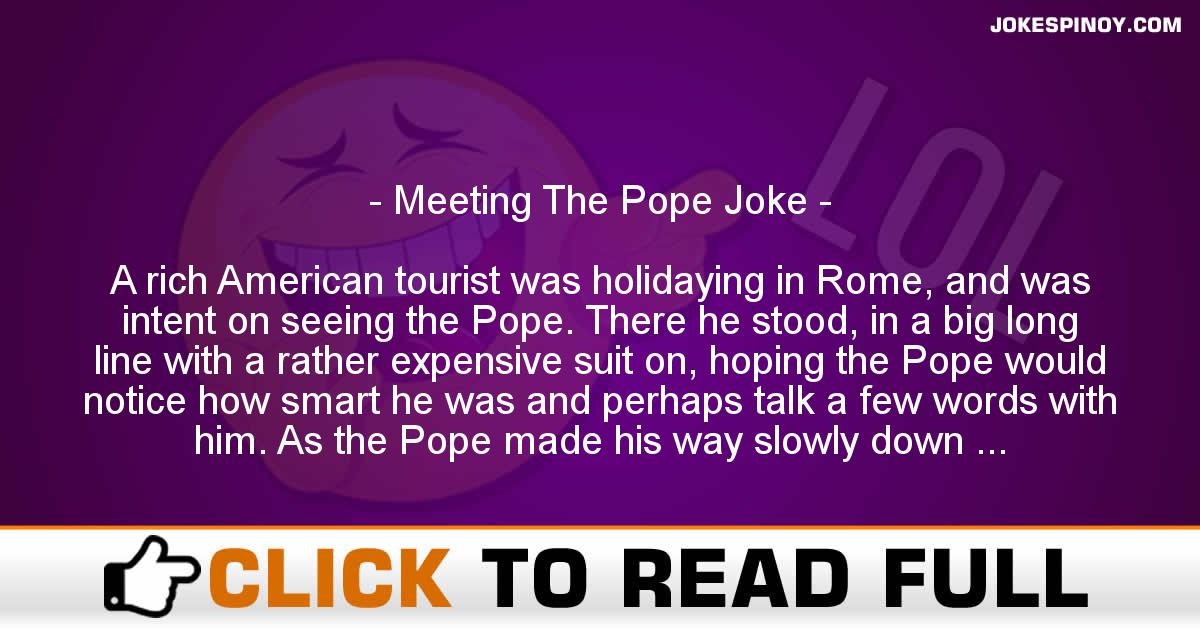 A rich American tourist was holidaying in Rome, and was intent on seeing the Pope. There he stood, in a big long line with a rather expensive suit on, hoping the Pope would notice how smart he was and perhaps talk a few words with him. As the Pope made his way slowly down the line, he walked right past the American, hardly even noticing him. The Pope then stopped next to a low-life sot, leaned over and whispered something in the sot’s ear, and made his way on again. This really angered the American. After speaking with the drunkard, the American agreed to pay $1000 dollars to exchange clothing, in the hope that the Pope would speak to him the next day. The next morning the American stood in the line, waiting to see the Pope and hopefully exchange a few words. The Pope was making his way slowly up to the American. When he finally reached him, he leaned over to the American and spoke softly into his ear.. “I thought I told you yesterday to get the f**k out of here.”