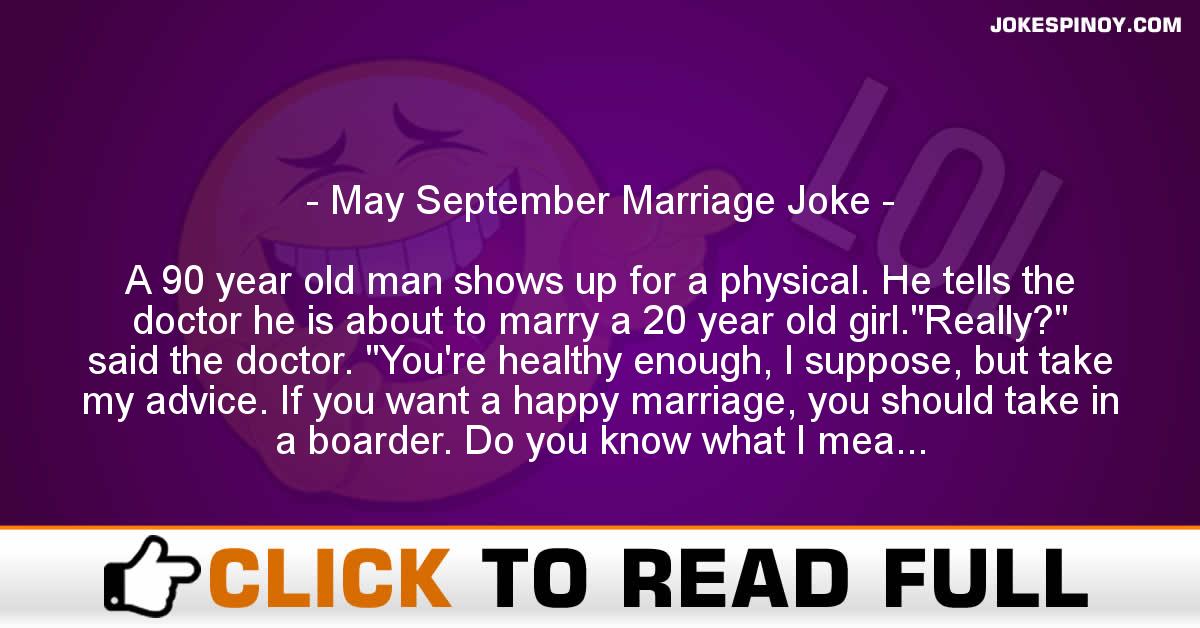 A 90 year old man shows up for a physical. He tells the doctor he is about to marry a 20 year old girl.”Really?” said the doctor. “You’re healthy enough, I suppose, but take my advice. If you want a happy marriage, you should take in a boarder. Do you know what I mean?”The old man says, “OK, doc. I’ll think about it.” Six months later, the doctor sees the old man on the street. He asks him how his new marriage is working out.”Great doc! In fact, my wife is pregnant.”The doctor nods knowlingly and says, “So you took my advice and took in a boarder?”The old man winked and said, “Yep. And she’s pregnant too!”