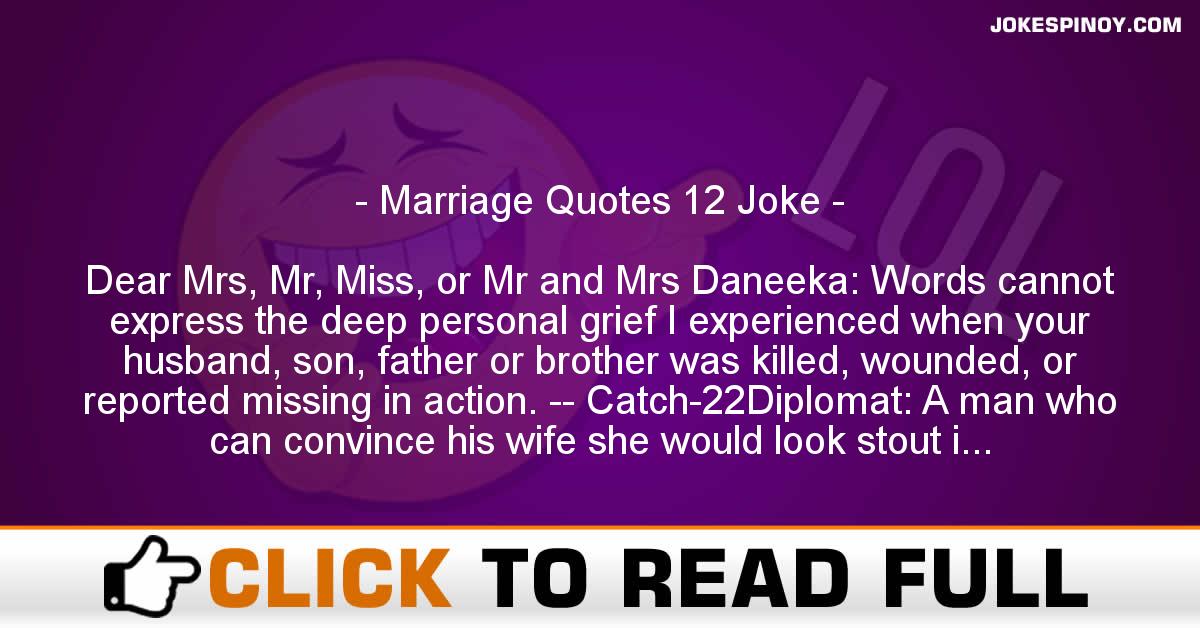 Dear Mrs, Mr, Miss, or Mr and Mrs Daneeka: Words cannot express the deep personal grief I experienced when your husband, son, father or brother was killed, wounded, or reported missing in action. — Catch-22Diplomat: A man who can convince his wife she would look stout in a fur coat.Don’t marry for money; you can borrow it cheaper.English Law prohibits a man from marrying his mother-in-law. This is our idea of useless legislation.Feminists are OK, I just wouldn’t want my sister to marry one.He who knows nothing, knows nothing. But he who knows he knows nothing knows something. And he who knows someone whose friend’s wife’s brother knows nothing, he knows something. Or something like that.Honolulu – it’s got everything. Sand for the children, sun for the wife, sharks for the wife’s mother. — Ken DoddHusband: a man who buys his football tickets four months in advance and waits until December 24 to do his Christmas shopping.I am in total control, but don’t tell my wife.