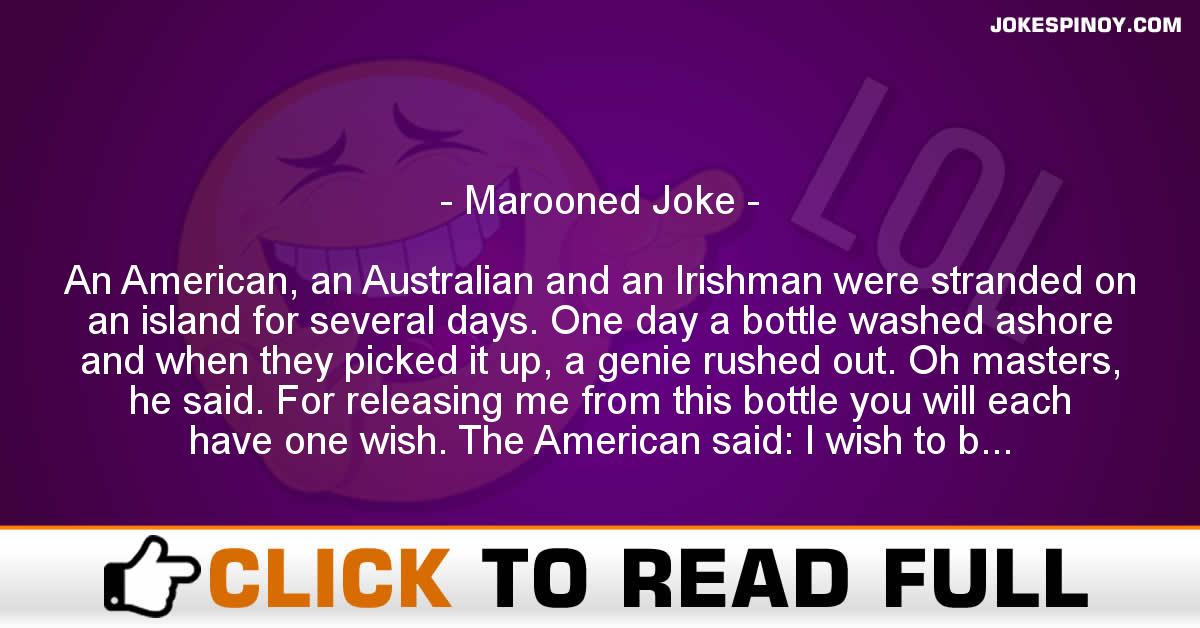 An American, an Australian and an Irishman were stranded on an island for several days. One day a bottle washed ashore and when they picked it up, a genie rushed out. Oh masters, he said. For releasing me from this bottle you will each have one wish. The American said: I wish to be surrounded by a bevy of beautiful girls in Waikiki beach. Whoosh, the American was gone to Hawaii. The Australian said: I wish to be in a c****o in the Australian Gold Coast. Whoosh, and off he went. The Irishman could not decide what he wanted. After a long time, he said: Gee, it’s very lonely here on this island. I wish my friends were back here!