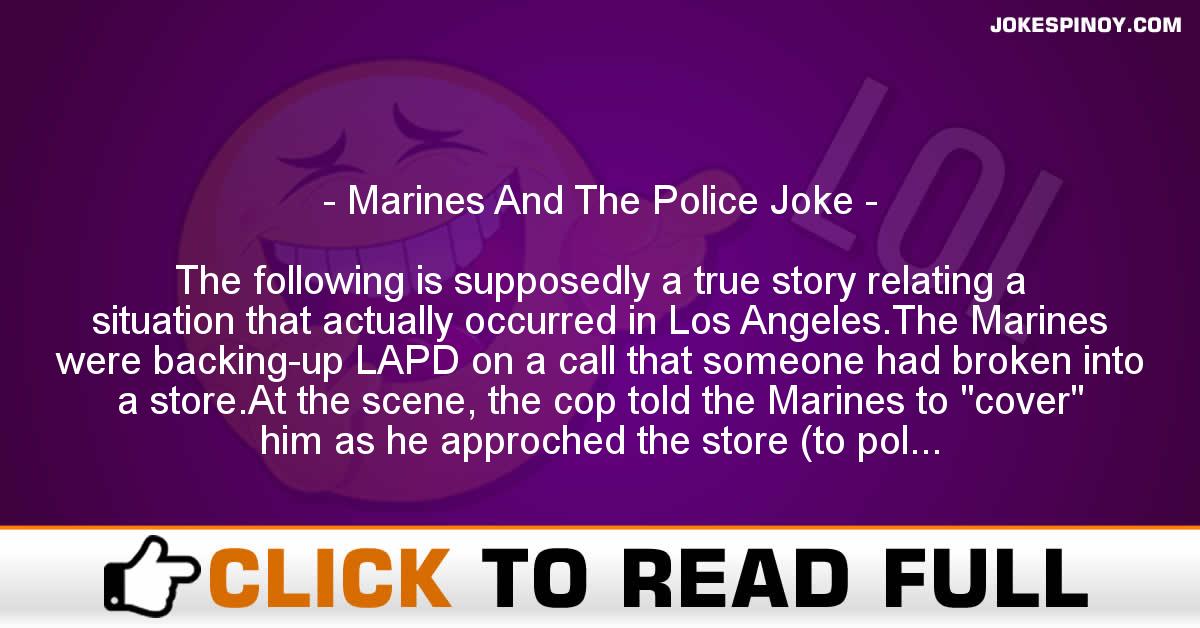 The following is supposedly a true story relating a situation that actually occurred in Los Angeles.The Marines were backing-up LAPD on a call that someone had broken into a store.At the scene, the cop told the Marines to “cover” him as he approched the store (to police, “cover” means to point your weapons in the direction of the threat, to Marines it means lay down a base of fire!).The Marines promptly laid down a base of fire. The Marines fired 178 rounds before they stopped shooting.The thief, probably a little scared at this point, called 911 and reported, “They’re shooting at me!”.